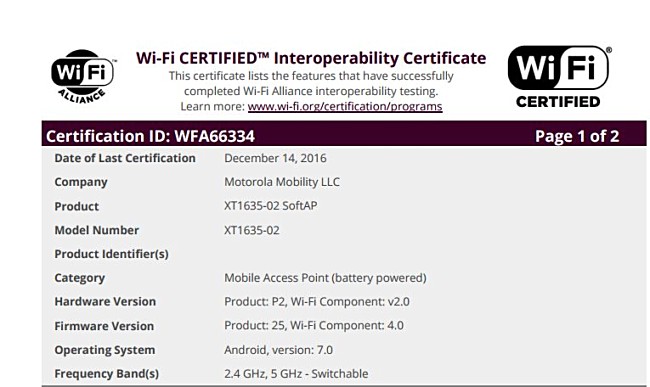 While there is currently no information on exactly when the roll out will begin, given that the Nougat-powered model of the handset has started collecting the required certifications, we expect that to happen sooner than later.

This comes just a few days after the Moto X Play running Android Nougat (version 7.1) was spotted on benchmarking website GFXbench. The Nougat update has been already rolled out by Motorola to its Moto G4, G4 Plus, Moto Z, and Z Force smartphones.

Hi i am purchased new moto z play Today in Tamilnadu.but still now 6.0 os only .how get 7.0 update in my mobile. pls tell me.