Oppo is working on a new flagship device that will incorporate its 10x zoom camera tech that was showcased at MWC. This is promised to become official in April, and sport a 4,065 mAh battery. It will be powered by the Snapdragon 855 chipset, and guess what?

A mysterious Oppo device with that exact SoC has showed up at AnTuTu. Its model number is OP46C3, but it's sneakily identifying itself as "R11s", which it obviously isn't - that phone was released in November of 2017 and dons a Snapdragon 660. 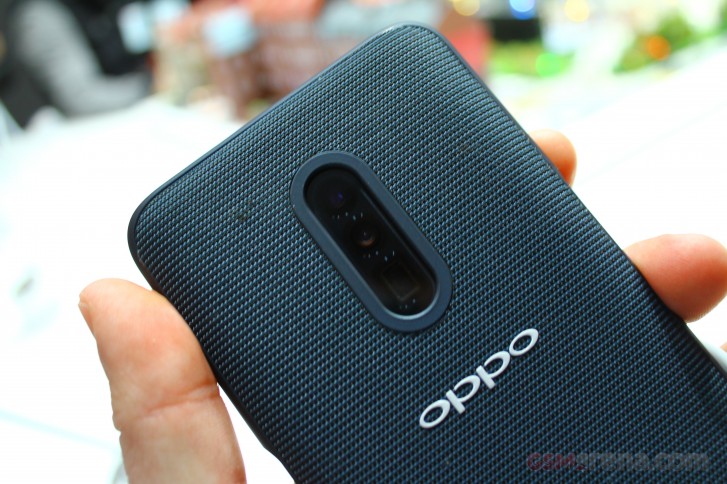 This is actually the same trick employed by Oppo's prototype handsets used to showcase its 10x camera zoom technology at MWC, so we have a feeling this will turn out to be the much anticipated successor to the Find X. On that note, keep in mind that Oppo has already registered Find Z as a trademark, so don't be surprised if this new phone is going to be called that.

It unsurprisingly was running Android 9 Pie when it stopped by AnTuTu, and was fitted with 8GB of RAM, 256GB of storage, and a 2340x1080 resolution screen. The phone scored 365,246 points in the benchmark, which would make it second only to the Xiaomi Mi 9 in the most recent ranking - that phone managed 371,849, while being powered by the same chipset. Speaking of Snapdragon 855 devices, the Lenovo Z5 Pro GT scores 353,469, coming in behind the mystery Oppo.

In terms of cameras, AnTuTu reports a 16 MP selfie snapper and a 12 MP rear unit, although that's odd since the next Oppo flagship should have a 48 MP main camera. Then again, maybe the benchmark is reporting the default picture size, in which case, with pixel binning employed, that would be exactly 12 MP.

Oppo F11 and F11 Pro are official - one has a notch, the other a pop-up selfie camera

Oppo R19 is not coming this year, VP confirms

This time on OPPO Find Z The.mysterious phone disguised as R11s shows its power of eternal snapdragon which Antutu measures 365,246 on its scouter making it the second strongest being with ki of Snapdragon. Is this the true.power of the Mysterious ...

Unlikely. It would score much higher if that were the case