Mistakes happen - this Realme Narzo 10, for example, was not supposed to be on the shelves of a retail store for another week or so. But it is and someone even ran an AnTuTu benchmark on it for good measure.

This is the RMX2040, which launched as the Realme 6i earlier this week in Myanmar - it seems that we're looking at a case of local rebranding. The Narzo 10 specs that Realme has officially unveiled had already sparked rumors that the Narzo 10 will be a rebranded 6i while the Narzo 10A will be based on the Realme C3 (triple camera). 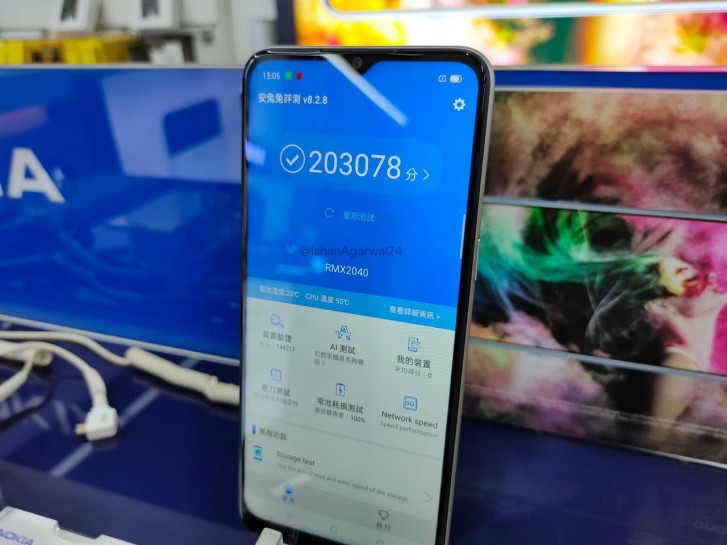 So, the MediaTek Helio G80 chipset should come as no surprise and neither should its performance. The pricing is interesting, though.

Naturally, neither the Realme 6i nor the C3 is available in India. Well, the C3 is, but not the one with three cameras. Expect to see them on March 26 as part of the new Narzo lineup.

Realme Narzo 10 and Narzo 10A coming on March 26, specs confirmed

In this stressful time yes, im trying to be funny. And that is not your concern. Why are you even bothering replying to my comment?