We're getting closer and closer to Samsung's grand Unpacked event on August 7, during which it's expected to unveil the Galaxy Note10 and Galaxy Note10+. As such, more and more details are leaking out each day, and today is no different.

A new rumor out of Greece claims that the Note10 will oddly downgrade the resolution from its predecessor, stepping from QHD+ (1440x2960) to FHD+. Its screen size will be 6.3" according to this report, and the phone will weigh 168g. It will be available in red among other colors, and its battery capacity is said to be 3,500 mAh. 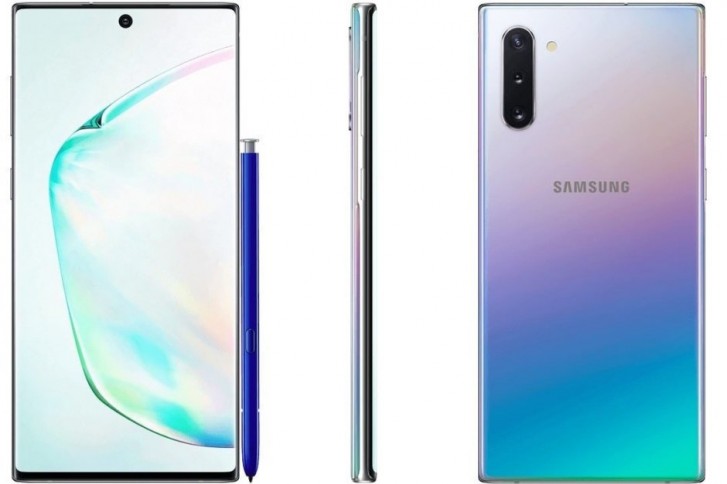 On the other hand, the bigger Note10+ smartphone is allegedly boasting a 4,300 mAh cell, a weight of 198g, and a 6.8" QHD+ display. This device will be offered with a base storage of 256GB, and 12GB of RAM no matter which model you pick. As another differentiating feature compared to the Note10, it will have a ToF sensor on the back, next to the three cameras that should be shared with its smaller sibling. Colors for the Note10+ will include white, black, and Magic Silver, as previously leaked.

The S-Pen for both Note10 handsets will support touchless gestures, to do things like swipe among photos in the Gallery. It will also produce sound effects when you take notes - reminiscent of a highlighting marker. The front-facing camera will support night mode, and Live Focus for video will be built-in, along with zoom audio which lets you focus on what you want to hear by zooming into a particular area. The phone will amplify the sound coming from that area and reduce all other noise.

As rumored before, the Note10 is to get 25W fast wired charging, while the Note10+ will support 45W charging, but the chargers in the box will not be capable of reaching that, so you'll have to buy an additional brick to take advantage of the increased speed.

Finally, the renders were right: the Bixby button is gone. Bixby functionality will be included into the power button, presumably with a long press accessing the voice assistant.

This intel reportedly comes from "a very trusted source", but that doesn't mean you shouldn't take it with a pinch of salt. After all, it is just a rumor at this point. All will be revealed in just a little over two weeks at Samsung's event, so stay tuned for that.

I have used Note 8 and plan to upgrade to Note 9 as it beats Note 10 in my book at fraction of its price.