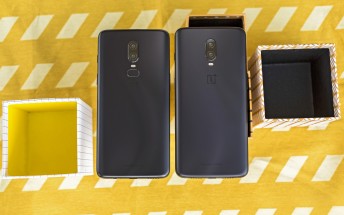 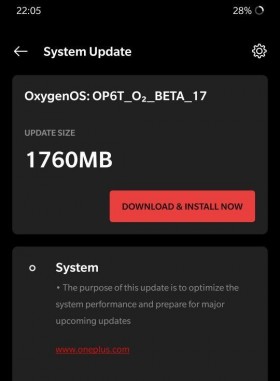 As you can see from the screenshot to the left, the sole purpose of this beta release, aside from bringing some unnamed optimizations for system performance, is to prepare the two phones for "major upcoming updates". Clearly that refers to Android 10.

A few hours ago OnePlus outed the first beta builds based on Android 10 for the OnePlus 7 and OnePlus 7 Pro, and owners of the OnePlus 6 or 6T may have felt left out. But it looks like the company is actually working on switching its betas for the 2018 handsets to an Android 10 base as well.

Because OnePlus hasn't made the new builds official, you can't directly switch to them from the stable track. If you want to go the beta route, instead you'll have to download the previous build for your phone (OB 24 for the OP6, OB 16 for the OP6T) by following the instructions here, and then wait for the latest build to arrive as an over-the-air update.

Note though that while going from stable to Open Beta builds doesn't wipe your personal data, switching back to the stable track does.

OnePlus TV will get at least three years of software updates

Who cares, at least they listen to their customers, unlike some other manufacturers...

Please fix the Pie 'stable' release for the 3T, OnePlus