OnePlus 7 shines in CAD renders again, but this time without a pop-up camera

Earlier last month, we were treated to CAD renders of the OnePlus 7 which gave us a look at the smartphone from multiple angles. Today, some more images of this smartphone have surfaced, but they reveal a different design.

These images of the OnePlus 7 come to us courtesy of the usually reliable OnLeaks, and they show us that this 2019 OnePlus flagship will look a lot like the OnePlus 6T from last year. The pop-up selfie camera and notchless screen we saw on previously leaked renders are gone, and they are now replaced with a waterdrop notch display. 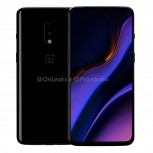 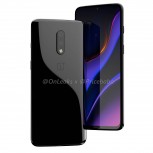 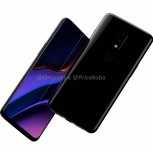 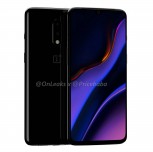 The triple camera setup that was present on the back is also replaced with a dual camera system, but other than that, the rest of the design remains unchanged.

The source reveals that what we saw back in March is likely the Pro variant, and the one we are looking at today is the standard model.

OnePlus is rumored to unveil the OnePlus 7 series on May 14, bringing a standard version, a Pro variant, and a 5G model. It remains to be seen how these phones will differ in terms of hardware.

Design is fine, some people prefer conventional design. Both pop-up camera and a notch are fine - I've seen people complaining about the mechanism being prone to failure, but I'm still sure that in 99 cases out of 100 it's going to outlive the phone ...