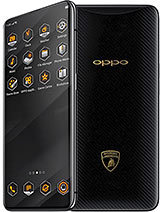 suarez92, 24 Jun 2018Like I said before, some people know how to use phone, some... moreMan Xiaomi is 4TH soon they will become number 1.
And i dont bash 3. 3rd is Huawei i have no grudge against Huawei.
Its not about people its about companies.
Apple Samsung do everything dirty trick to maximize sales and minimize loss especialy the Apple.
Giving false statements and informations to customers some of them overlook this company and some other will do over course of the next months and years.
Soon even you will show back to apple.

Car Lover, 23 Jun 2018I really do love it's wheels, the grips are extra ordinary,... moreYou might be really a Car lover because you can see things which other people can't. For example F*****ing Side Mirrors etc.

warfreak, 24 Jun 2018Oppo find X just proves that androids are so slow compared ... moreWhat are you talking about? You mean the X in the product name?

Oppo find X just proves that androids are so slow compared to apple knowing the fact that iphone already have an X so called IPHONE X while OPPO is still finding for X. Poor Androids (Oppo to be exact)

suarez92, 22 Jun 2018What else to expect from Xiaomi fan boy of cheap plastic an... moreShut up everyone! Better stop this non sense arguments it's no longer healthy. Everyone should admit the fact that we buy phones according to our preference and of course monetary. To anyone who keeps on bashing expensive phones like this let me tell you savage ' You're a destitute man' insert evil laugh.

suarez92, 24 Jun 2018Like I said before, some people know how to use phone, some... moreMan this problem was global its not how you use your phone its about the said fact apple is forcing you to buy new phone every ear or two.
When you have something well working for even 10 years and you are satisfied why to buy new phone?
Apple is crazy company and for a said facts they have no chance with me.
Also many users due to said fact left apple for good i am am glad for that.
When about said fact will hit you then you will grab my words and leave too untill then no matter what i will tell you. You will pus.sy li.ck your apple brand.

CptPower, 24 Jun 2018Man every company have its own issues at least xiaomi tryin... moreLike I said before, some people know how to use phone, some people don't. Okay mate continue bashing Top 3, they are better without you anyway.

suarez92, 24 Jun 2018Man i have Xiaomi Redmi Note beside me, right now as I am r... moreMan every company have its own issues at least xiaomi trying to solve things and dont hit the nails into the coffin like apple.
When the fact that apple were slowing older phones via updates just to amke customers thing their phone is getting old and needs to be replaced is like to forcing you to buy.
Also the batteries problem. Until the said fact hasnt been released globaly apple would never confirm this due to lost of sales.
I dont bash because i must i just HATE when someone lying to you and act like a superhero. So about your apple no matter how never iphone i will test even apple X get slow or crawling over course of 2-3 years due to above said fact onfirmed by apple and for 2-3 years i rather stick with a phone which cost up to 400 han spending a 1000+ on a joke made by a world most famous and one of top 3 companies.

CptPower, 23 Jun 2018Man i am selling phones for several years and all you said ... moreMan i have Xiaomi Redmi Note beside me, right now as I am removing MI Account as I speak (type, same thing)...
And they are not even close as you brag them.
You can do that simple comparing OLDER Iphone 6s(or ANDROID device like Samsung S6) with for example Xiaomi model from 2017 and see the difference in speed, multitasking, camera etc. And I notice you troll a lot Apple on a conclusion of one device, which is kinda sad.

Try newer Iphone if you work with phones as well as I DO, and see the difference. Keep your mind open not closed. Every bug I found of Xiaomi is true based on different model, not just one. So in the future less bragging more learning mate.

Ronald, 23 Jun 2018You're just saying that because you're not into watching mo... moreMan i do watch movies but i use bigger screen like when i connect my 2,5 2TB external harddrive made by Western Digital into my 60 inch screen.
I dont watch on such a small screen like is phone.
Thus 512 GB is more than enough.
And if you have a between piece you can also connect your external hard drive into phone.
Also if something is that big then extra 256GB or 400GB memory card wont help you either.

CptPower, 23 Jun 2018I am not bashing the brand or phone but just dumb people wh... moreYou're just saying that because you're not into watching movie. If you haven't asked 512GB is just a damn small amount of storage and it's not even enough with downloading many episodes and so on, particularly 'One Piece'. Overall this phone really capture everyone's attentions most especially those millennial people slash social climber who are always wanting to get the fancy and latest phones which are best selling in the market despite it's mountain price.

I really do love it's wheels, the grips are extra ordinary, especially it's side mirror all in glass made.. it's really a "WOW"
I hope they release a "Mitsubishi Series"

suarez92, 23 Jun 2018Excellent quality of what? Losing WIFI signal every momen... moreMan i am selling phones for several years and all you said are pure lies.
In your permanent hatered you forgot that xiaomi is a cheap brand but offers top specs for a very good quality and very charming price.
You never had xiaomi so you dont know.
Well know the fast that not every spark is a gold.
And half of you said its a lie. and the rest is a pure speculation.

CptPower, 22 Jun 2018Users like me or users like u? At least xiaomi offers exce... moreExcellent quality of what?
Losing WIFI signal every moment?
Low range of WIFI signal?
Really awful OS?
Plastic design?
No reserve parts?


Man stop bragging it and try something different and see the difference, you sound like a cheap fanboi who only know about one brand and others are pure garbage.

BlackOut, 22 Jun 2018You should probably read the rules buddy. "No trolling - de... moreI am not bashing the brand or phone but just dumb people who needs a card slot in a 512GB phone.
Like wtf seriously?
Everybody here lost mind.