We're in Zurich for the global announcement of the Oppo Reno lineup and we got to spend some quality time with the fully tricked out Reno 10x zoom. After that proper flagship, we also got the opportunity to briefly play around with the regular Reno. 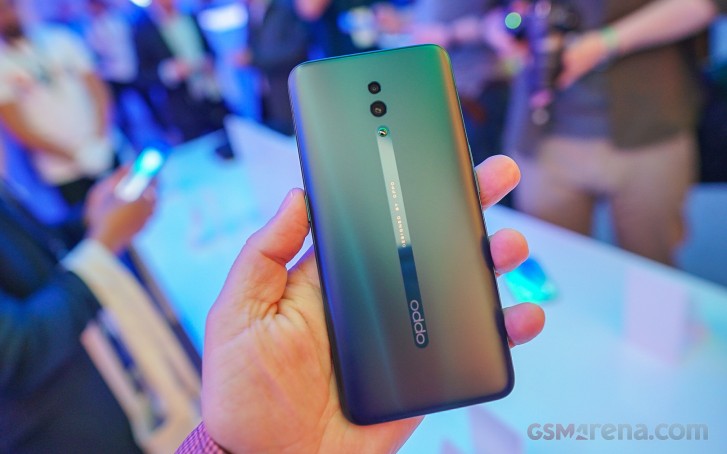 The differences in hardware aren't minor and the vanilla Reno comes with the mid-tier Snapdragon 710 instead of the 10x zoom's 855. There's also no periscope telephoto camera on its back and the ultra wide module didn't make the cut either. The main cam does use the same 48MP Sony sensor as the flagship, but the lens isn't stabilized here.

Fret not, however - the super-cool motorized shark fin selfie mechanism has been kept. 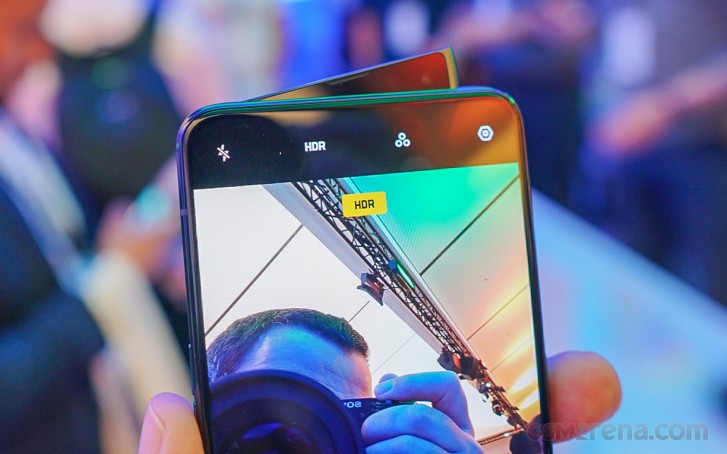 Here's a quick refresher on the specs.

Another thing the vanilla Reno shares with the 10x zoom is the under display fingerprint sensor. We really enjoyed the experience in our time with the bigger phone and the Reno is the same in this respect.

One thing that's actually better on the midranger is the presence of a headphone jack - it's right where the 10x zoom's card slot is. The Reno's card slot has been moved to the left side, above the volume controls. A nasty surprise awaits there - there's no option to put in a microSD card for expansion - you can't have it all, sadly. The power button on the right has the same green accent as the high-end model, if that counts for anything.

Oppo Reno from all sides

The Reno's display is AMOLED as well, only slightly smaller at 6.4 inches in diagonal, compared to the 6.6-inch Reno 10x zoom. 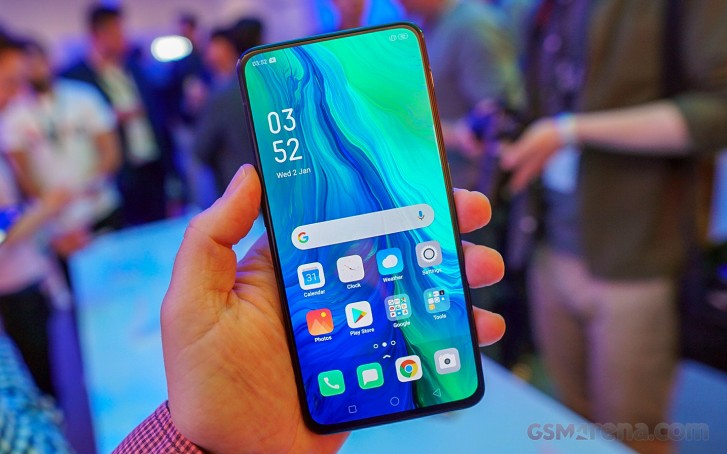 It's noticeably lighter, however, at 185g compared to the 210g of the 10x zoom. Having said that, it's not really light by any stretch - its presence will be felt in your pocket, but you'd expect that from a phone this size.

To go with the smaller display, the Reno also has a smaller battery - 3,765mAh as opposed to the 4,065mAh capacity of the 10x zoom. There are no downgrades in the charging tech and the Reno gets the same 20W VOOC charging capabilities.

That's all we have on the Oppo Reno for now. More to follow if and when we get a review unit. Meanwhile, here's another shot of the pop-up selfie cam, all raised up to reveal the rear flash. 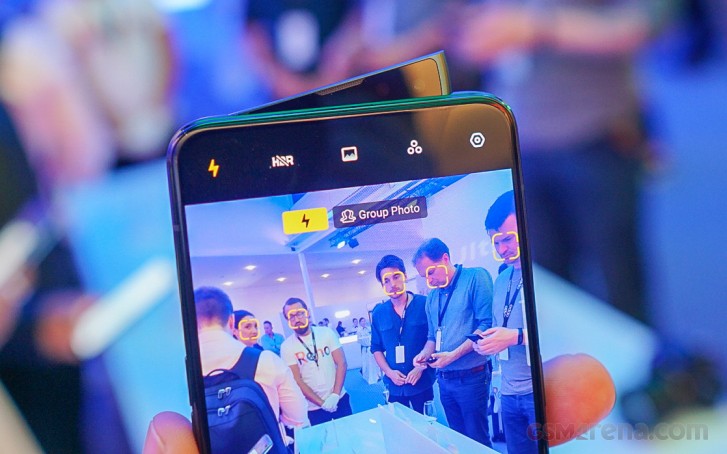 Reno should had put ways how to put drawers and notification lights while it's charging as it doesn't show.. To top it all,, on d top it shows lipo battery whilst below it shows lion batteries... Can oppo please look into these..??

This feels like a solid mid-range phone looking at the spec sheet. The lack of IP68 Waterproofing is acceptable, and some downgrades to other components. Although it must be properly priced, otherwise it's worse than flagship-killers or even ex-...