Qualcomm will announce its next chipset for wearables on September 10 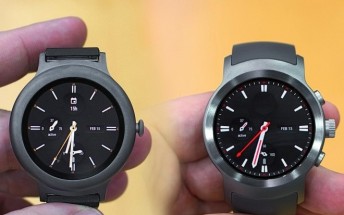 Today Qualcomm has shared an invite for an event that's going to happen on September 10 in San Francisco. This will be all about watches, as you can see from the invite, which means you should get ready for a new wearable chipset to be unveiled.

And not a moment too soon, as the Snapdragon Wear 2100 SoC that currently powers all of the most recent Wear OS devices is getting rather old. Hopefully the new silicon will enable better battery life for smartwatches running Google's platform, as that's always been the Achilles' heel there. Improved performance and speed wouldn't be so bad either, but we're assuming there won't be any huge leaps in any of these areas.

Then again, the new chip might breathe some new air into Google's not quite failing (yet) but not quite successful either smartwatch effort. Back in May Qualcomm and Google confirmed they're working on a new chipset design for wearables, with multiple variants for different use cases, and "significantly" improved battery life.

If the rumors about Google launching its own Pixel watch this fall alongside the new phones pan out, then obviously this new SoC by Qualcomm will power that.

Thanks for the correction. That means the ARM Cortex A35 will be a sensible upgrade to the Snapdragon Wear platform; a jump from v7 architecture to v8, higher performance at higher power efficiency https://developer.arm.com/products/processors/co­­rt...

September 10. Will it use 10nm fabrication?