Google released the first Android 11 beta two days ago with Oppo, Xiaomi and OnePlus quickly following up with lists of their smartphones eligible to get the beta update. Now Realme too has joined the group and announced that its flagship X50 Pro 5G will get the Android 11 Beta 1 in early July.

The X50 Pro 5G currently runs Realme UI based on Android 10 and with Android 11, you can expect it to get features like floating notifications, new one-time permission setting and Fast Share. 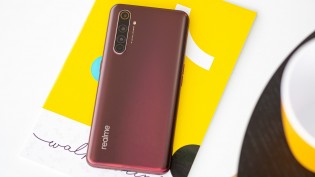 The X50 Pro 5G features an in-display fingerprint reader and packs a 4,200 mAh battery that charges at up to 65W through a USB-C port.

You can read our detailed written review of the Realme X50 Pro 5G to learn all about it, or watch the video review attached below.