Xiaomi sub-brand Redmi is set to unveil its first ever flagship smartphone, the K20 Pro, on May 28. This phone has been leaking like crazy, and Redmi GM Lu Weibing has been slowly drip-feeding us information about the upcoming device codenamed "Demon King".

In the latest such Weibo post, Lu Weibing reveals that the K20 Pro will have a headphone jack as well as Hi-Res Audio certification. With all this talk about the K20 Pro, we've almost forgotten that there's a non-Pro K20 coming too. 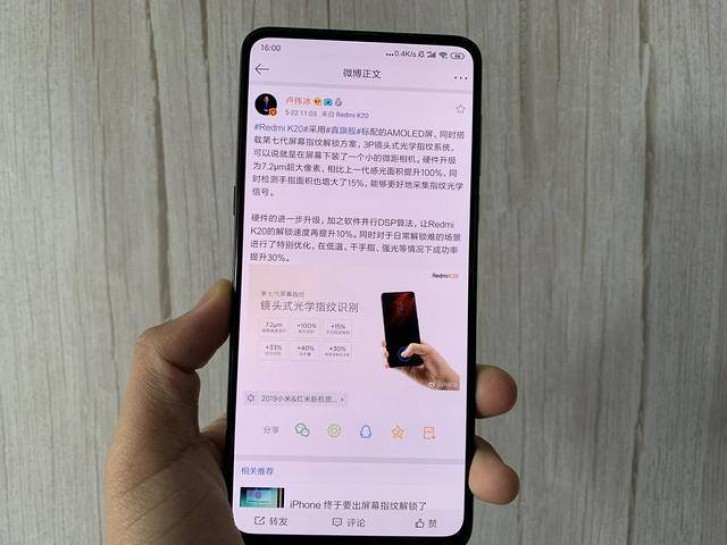 Thankfully new information from China claims to shed light on what the main difference between the two models will be, and that is the chipset. While the K20 Pro has already been officially confirmed to rock the Snapdragon 855, the K20 is allegedly going to have to settle for the recently announced Snapdragon 730, the new king of the mid-range SoCs. 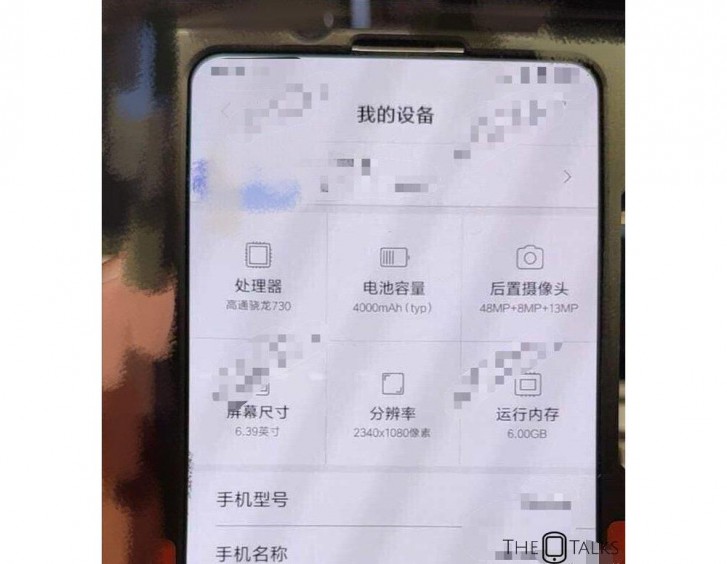 While it's obviously a step down from the 855, the 730 is definitely no slouch, but its presence should allow making the K20's price even lower than the K20 Pro's. Interestingly the K20 is said to keep most of the other features of the Pro, including the 6.39" 1080x2340 touchscreen, triple rear camera setup (with a 48 MP main shooter), and 4,000 mAh battery. The K20 model purportedly shown in the very blurry image above has 6GB of RAM but there may be other versions with differing amounts as is tradition with Chinese smartphones.

27w charging in Pro version settles the battery debate for those looking to buy.

This may push Samsung to price M40 more aggressively.