Xiaomi’s Redmi brand has big plans coming up. Just this week it was revealed that Xiaomi’s sister brand was going to reveal the Redmi K20, a fully-spec’d smartphone made by the brand. The phone was dubbed “Demon King” when Redmi’s manager posted the phone’s AnTuTu score on the Chinese micro-blogging site, Weibo. There will be a K20 and K20 Pro.

Now, a full list of alleged specs has leaked on Twitter, offering more details of what we can expect from this supposed “flagship killer”- on paper, of course. The watermark at the bottom indicates the specs were originally posted to Weibo.

Here are the specs of the #RedmiK20 #Redmi #Redmi855 pic.twitter.com/jcIGRY2raW

Specs include a 6.39-inch OLED display with a 19.5:9 aspect ratio with a display capable of a 1080p+ resolution. There’s also rumored to be a pop-up 20MP camera with f/2.0 aperture while the main cameras are made up of a 48MP sensor with f/1.7 aperture and 1.6-micron sized pixels (presumably when accounting for 4-to-1 pixel binning like on the OnePlus 7 Pro. There are two other cameras: one is 13MP with f/2.4 and the other is 8MP with f/2.4. We assume these for ultra-wide and telephoto cameras, respectively.

There’s a 4,000 mAh battery powered the phone which is rechargeable with a 27W quick charge adapter. Of course, the K20 is powered by a Snapdragon 855 CPU paired with the Adreno 640 and although the specific amount of RAM isn’t mentioned, it’s got the LPDDR4X type. There’s also UFS 2.1 storage on-board. 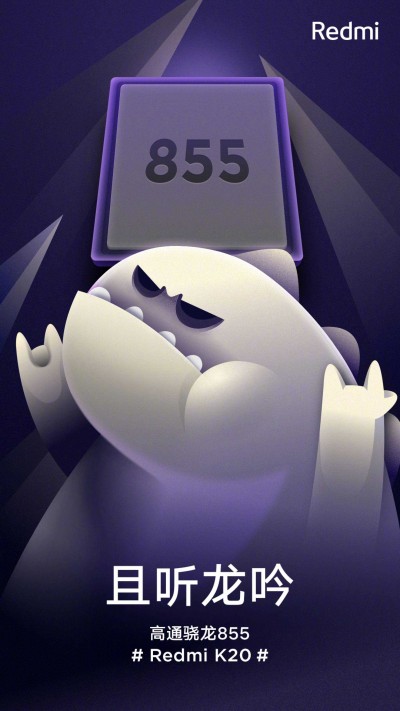 There’s still some we don’t know about the phone itself, including whether the phone will have an in-display fingerprint scanner or a rear-mounted one. If its going to be priced anything like the Xiaomi Pocophone F1 was, perhaps it will use a traditional sensor to keep the cost low. The K20 is effectively going to succeed the Pocophone F1.

We’re expecting the phone to be announced very soon. Due to the brand’s popularity in India, we speculate the phone could be the cheapest Snapdragon 855 phone to launch in India. A carrying case for the phone was previously leaked with a little dragon character. The K20 might arrive in Carbon Black, Glacier Blue, and Flame Red.

This is monster of a phone. Outstanding price at the cost of all useless garbage to be taken down such as jack or SD Slot.

i think the ads varies per device. i have been using a pocophone f1 for a few months now and have never seen an ad, while my wife uses a redmi s2 as a secondary device and she did get ads on it until a recent update. both our xiaomi devices are with ...