Redmi pledges allegiance to Dimensity 1200, promises a gaming phone in 2021

Mediatek introduced two new chipsets yesterday, the Dimensity 1200 and Dimensity 1100, and Redmi has revealed it will launch the first phone with the mightier platform.

The announcement was made by brand CEO Lu Weibing who also confirmed on his Weibo profile that a gaming Redmi phone is also in the works and should arrive this year after the company will focus more on e-sports. While it is logical to assume that the two will coincide, the executive did not confirm that the new handset will come with a Mediatek chip. 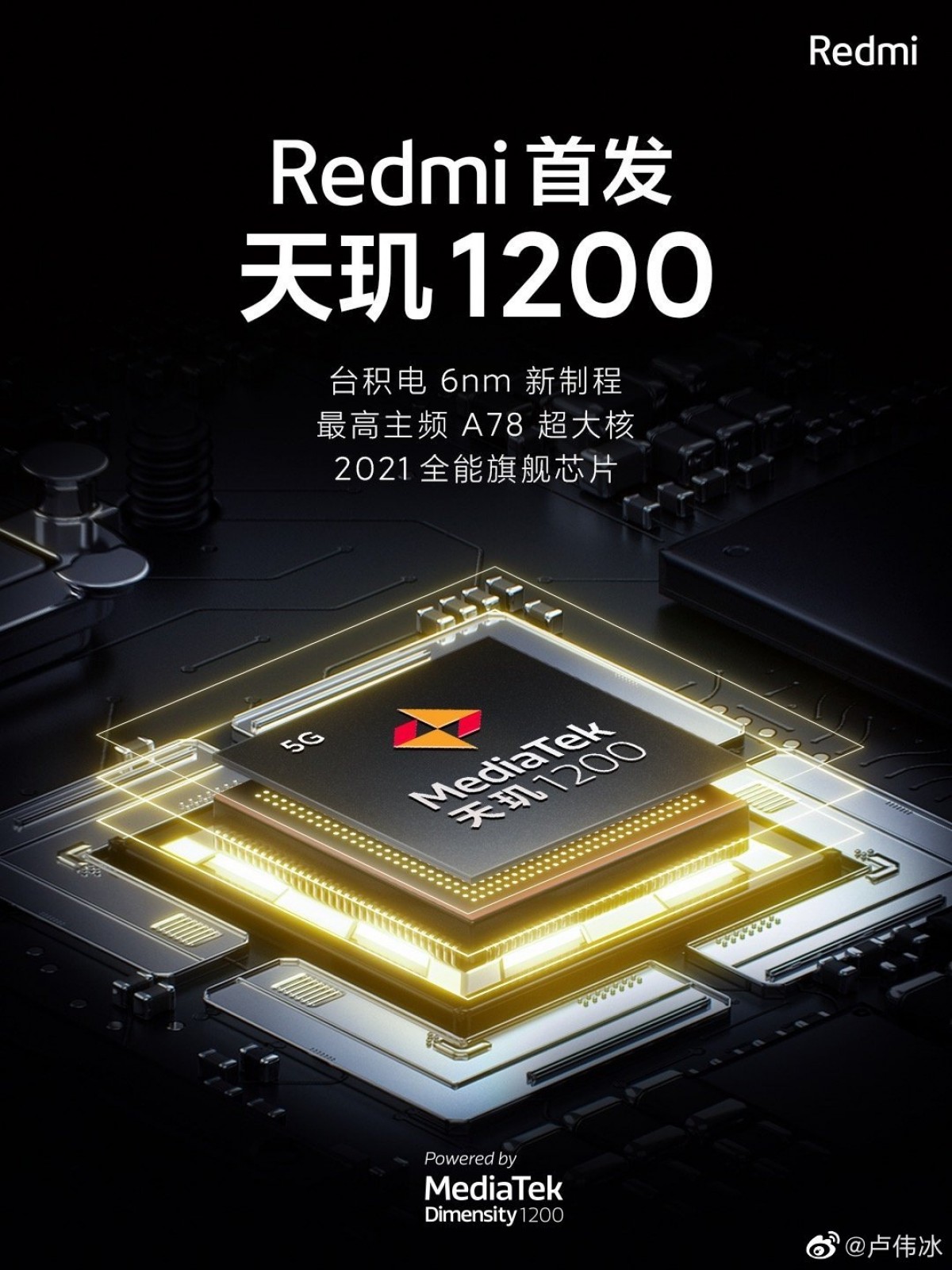 Lu revealed that thanks to TSMC’s new 6nm process technology, the new phone can have one super-large core (that goes up to 3 GHz), improved 5G, AI, better video, and photo content - overall a huge win for the industry.

He reminded that the Redmi K40 series will arrive next month, something we already knew. He has repeatedly confirmed the series will bring the Snapdragon 888 chipset. Still, we shouldn’t be surprised to see an Ultra version with the Qualcomm platform and a Pro variant with the Mediatek chip - just like vivo, which introduced an X60 Pro with the 5nm Exynos 1080 and is planning to bring the X60 Pro+ with the SD888.

This is exciting. Looking forward to see how your gaming phone will beat ASUS ROG line. A gaming phone that is Powerful yet cheaper would be nice. Im using ASUS ROG PHONE 3 and its a beast but very expensive.