After HMD secured the PureView trademark it was clear that the company is working on a Nokia camera phone. And it wouldn’t surprise anyone to hear that the resurrected brand will be reintroduced with the Nokia 9 PureView.

The marketing for the new flagship will reportedly kick off soon, according to leakster Roland Quandt. This goes against reports that the phone has been delayed for next year, which is good news for fans.

HMD has two events scheduled. Based on the frequency and level of detail of recent leaks, we’re pretty sure we’ll see the Nokia 7.1 Plus later this week (October 4), which leaves the October 11 event as a potential venue for the PureView rebirth. 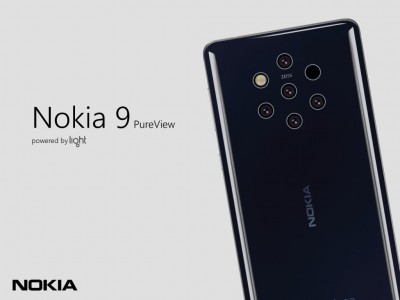 Will it have five cameras? Well, Light has partnered with SoftBank and Leica to develop a multi-camera phone, FIH Mobile is also involved (the Foxconn subsidiary that makes new Nokia phones). That’s far from a definitive “yes”, but it does make it more plausible.

By the way, HMD has also trademarked PureDisplay, which is likely a follow-up to Nokia’s PureMotion display tech.

Three new Nokias spotted in the ARCore database: Nokia 9, 7.1 Plus and one more

And the Microsoft Lumia 950 remains the king of all mobile cameras.

U r right. Sailfish is the new Meego, Though, it doesnt have any support from original Nokia corporation, very unfortunate. I hope the original Nokia owners would feel pity on themselves and will consider on helping the Sailfish OS to be one of the m...