Samsung has closed its last factory in China – production at the facility in Huizhou was slashed a few months ago and has now Reuters reports that the factory has been completely shut down.

In 2017 the Huizhou factory made 64 million phones, a significant fraction of Samsung’s global output of 394 million. In 2011, this factory made 70 million phones while the one in Tianjin produced 56 million (the Tianjin facility was closed late last year).

This doesn’t mean that Samsung is pulling out of China, it will continue selling phones there. However, the stiff competition from local brands means that it’s no longer economically viable to make its phones there.

Its market share has shrunk to 1% as Chinese consumers turn to local brands for affordable devices and to Huawei and Apple for premium models, according to Park Sung-soon, an analyst at Cape Investment & Securities. 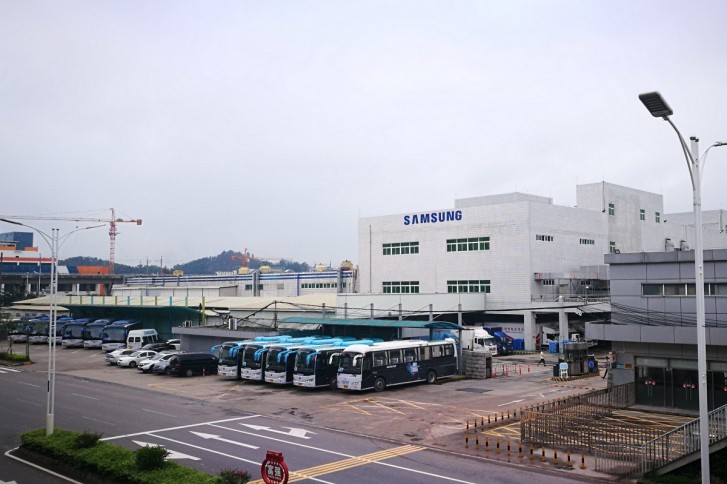 The production equipment from the factory will be moved to other facilities around the world. The company has been expanding its production capacity in countries like India and Vietnam due to the lower cost of manufacturing there.

Samsung’s Chinese sales may be made up of ODM devices in the future – the Galaxy A6s was its first ODM phone, followed up by the Galaxy A10s. ODM means that the phones are manufactured by non-Samsung factories under license. The A10s, for example, is made by Jianxing Yongrui Electron Technology. Previously, Samsung announced plans to ship 40 million ODM phones.

It’s not just Samsung either, Sony closed down its Beijing smartphone plant earlier this year.

Yup brand name is nothing. Go buy Leagoo or Umidigi or something. LOL

Trump would be a pissed haha