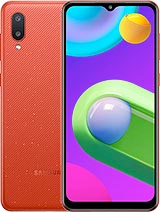 I think this phone will be deadslow.

Anonymous, 29 Jan 2021this is very good phone for sending/receiving message + cal... moreI have a mt6739 phone with 2gb ram and it is a mess. The moment you install a few basic apps. It starts lagging and heating. This used to be in 3 year old phones

I am from India and I have to say that people here have started to avoid Chinese mobiles but majority of them are still using Mi, oppo, vivo though they are being branded as manufactured in India. And some among us have started comparing the above phones specs with samsung entry level phones as they are matching those phones prices with Samsungs new entry level and mid range phones. We are being so stupid and brainless when doing these comparisons,...reason being even Mi have released phones in this price range and they had lot of cons. battery over heating, interface glitches, size of the phone etc.
Though Micromax brands itself as made in India they also collaborate with China or other countries for the mobile parts. So nothing is actually made entirely in India.
Regarding this phone. at this price range where last year we got M01 with still low specs this phone has come up with more features than what M01 had. So we should stop comparing mid and high range phones with this phone. If yo need high specification then you should be choosing high range phones with higher prices. In a country like India where online education is becoming mandatory these days and people unable to afford laptops or computers for education...these phones are the best choice. I mean what can you expect from a phone which is priced at 9K and you get 6.5 inch display, 5000 mah battery and 3GB RAM.
So stop complaining and putting a bad mouth about a phone which has just been released. For sure, who might have used S series or max series phones, they will not enjoy this phones features.
This is a phone for those who want something branded as made in India and who hare happy with basic features.

Thank you samsung for remembering the #MTK"s old 28 nm processer. We almost got out of mind.

ted, 31 Jan 2021fact that's why I buy one plus nord.dude dont compare a midrange phone to an entry level phone

kumar11, 02 Feb 2021Dear All I Share my bitter experience with samsung Entry l... morethat happen if you dont know how to use a phone or using it roughly

Even for a phone as cheap as this a quad core is unacceptable in 2021, shame how samsung has gone down like this.

Dear All
I Share my bitter experience with samsung Entry level phone I purchased in 2019. Exactly after 18 months of use the mother board failed and they said it has to be replaced and the replacement cost for mother board alone was 50 % of the original mobile purchase cost
SO BE CAREFUL WHEN PURCHASING ENTRY LEVEL PHONES FROM SAMSUNG - BETTER AVOID
I AM FROM INDIA

Anonymous, 29 Jan 2021Samsung is just not able to give competitive specs and is l... morefact that's why I buy one plus nord.

Samsung01, 27 Jan 2021WTF!!! What is a single difference between this phone and S... moreMost Mxx models are rebranded Axx models. In India M series is sold exclusively online. A series is sold online as well as offline. Offline sales require higher margins for distributors as well as brick and mortar stores and thus A series is priced higher even if all specs are same.

Samsung is just not able to give competitive specs and is losing market share left right and center not only globally but also in India. In 2021 they are still using processors like SD 450 amd MT quad core processors when Chinese companies are giving octacore at almost same price.

Come on Samsung. Leverage your economies of scale and bring something decent on the table for the masses.