The Samsung Galaxy M52 5G unveiled last September has landed at our office. The smartphone comes in White, Icy Blue, and Blazing Black colors, and it's the last one that we have received for the full review.

The Galaxy M52 5G arrives in a white-colored retail box, including some documentation, SIM ejector tool, USB-C cable, and a charger. There's no protective case in the package, so you'll have to purchase one separately if you want to keep the phone in its pristine form. 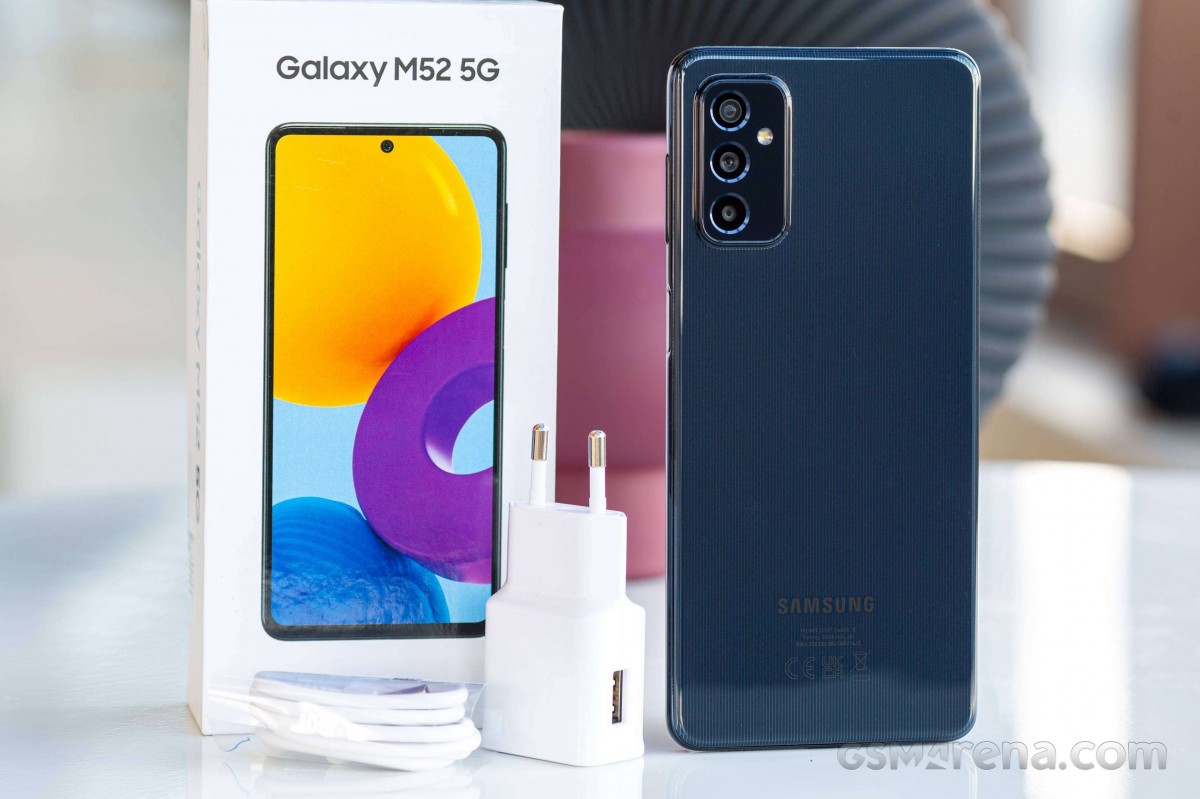 The Galaxy M52 5G is built around a 6.7" FullHD+ 120Hz Super AMOLED Plus display protected by Gorilla Glass 5. It has a punch hole in the center for the 32MP selfie camera, but no fingerprint scanner underneath for password-less unlocking, because it's embedded to the power button on the right-side frame. 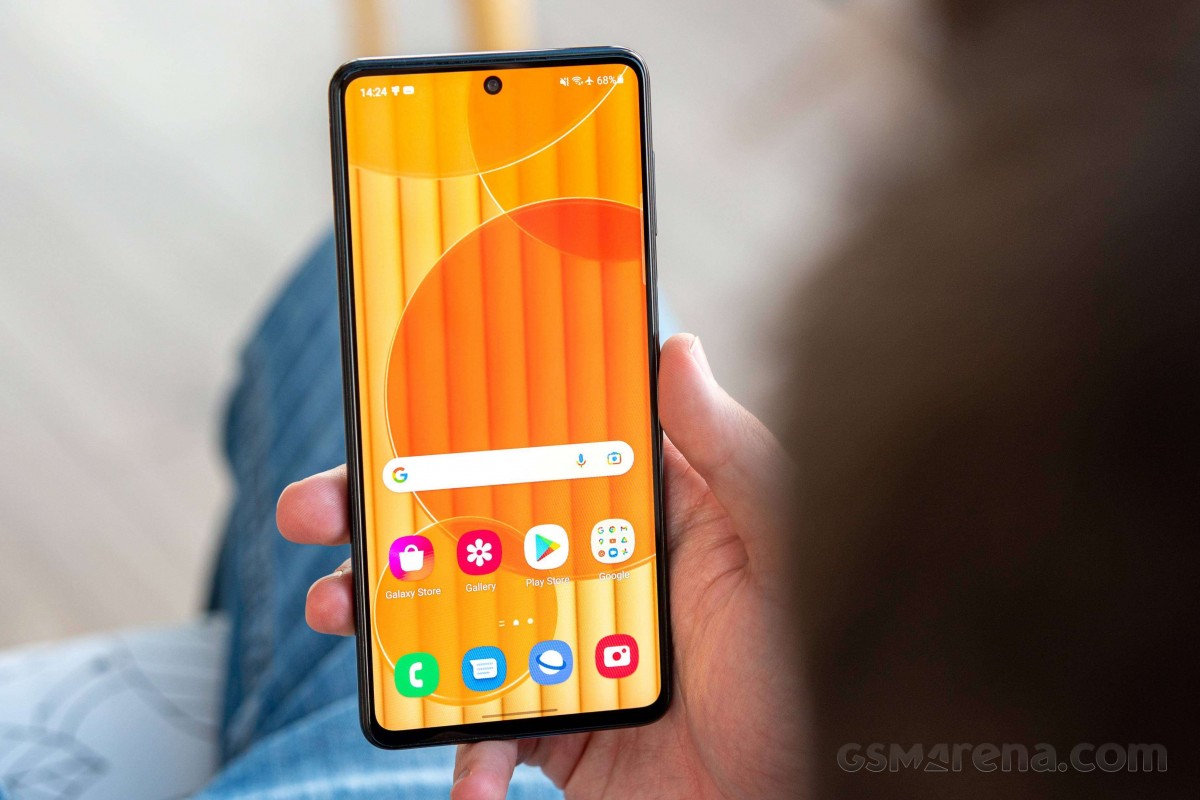 Around the back is a rectangular island housing flash and three cameras - 64MP primary, 12MP ultrawide, and 5MP macro. 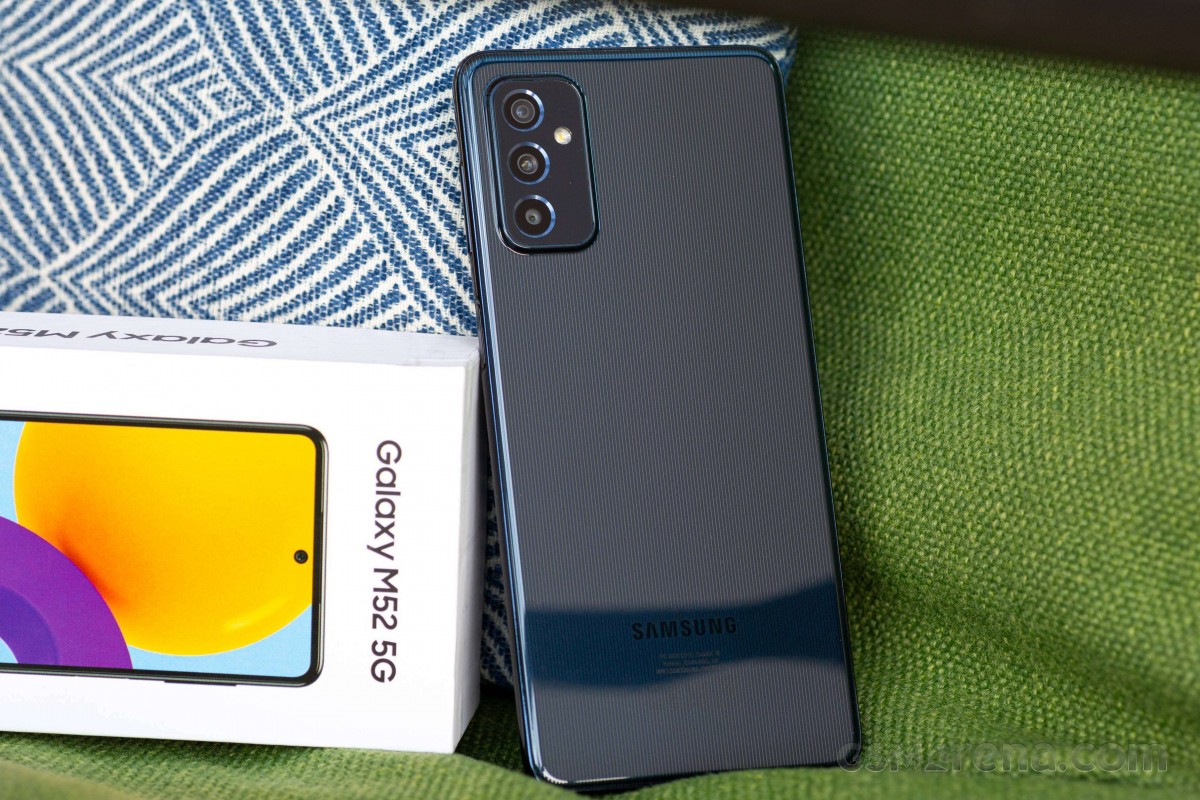 Under the hood, the Samsung Galaxy M52 5G has the Snapdragon 778G SoC paired with up to 8GB RAM. The smartphone runs Android 11-based One UI 3.1 out of the box and has 128GB of storage onboard, which can be expanded by up to 1TB using a microSD card slot.

The Samsung Galaxy M52 5G packs a 5,000 mAh battery charged through a USB-C port. The smartphone supports 25W charging, but ships with a 15W adapter, so you'll have to shell out extra money if you want to charge the phone faster. 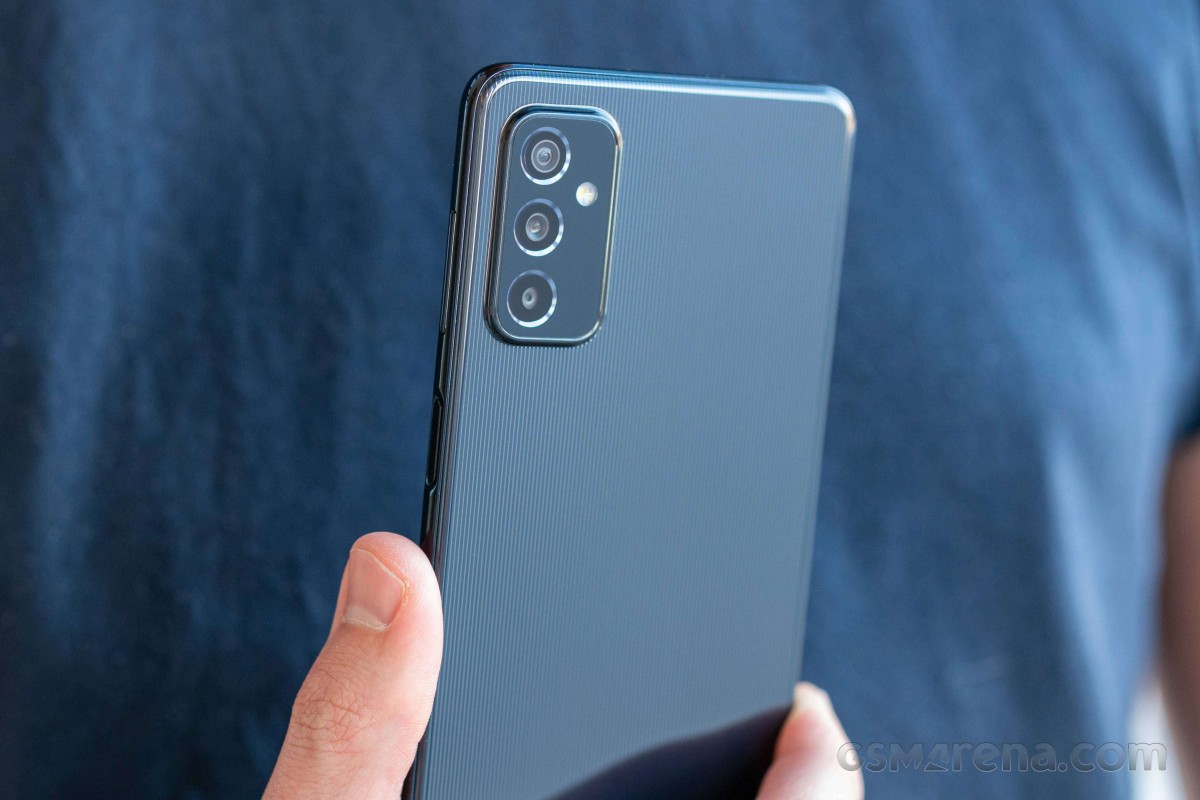 Our full review of the Samsung Galaxy M52 5G is underway, but in the meantime, you can watch its hands-on and key features video below.

Samsung M52 5g get how many Android OS update

It has a lot of bugs . The chip is capable but the software if too laggy . The animations are not polished. It hangs in between sometimes . Really bad for gamers . Camera is average . Bad in low light . Not worth the money . Go for realme GT or Nord ...