The Galaxy S20 and S20+ build on the successful formula of the S10 generation with notable improvements to the screen, battery and especially the camera. Note that the camera on the S20 Ultra is a whole different beast and that phone is covered in another article.

The Samsung Galaxy S20+ has Dynamic AMOLED screen with 120Hz refresh rate, a first for Samsung, and features increased touch responsiveness (240Hz touch sensing). The 6.7” panel has 1440p+ resolution with a taller aspect ratio than before, 20:9. What this means is that the phone is the same width as the S10+, but slightly taller. 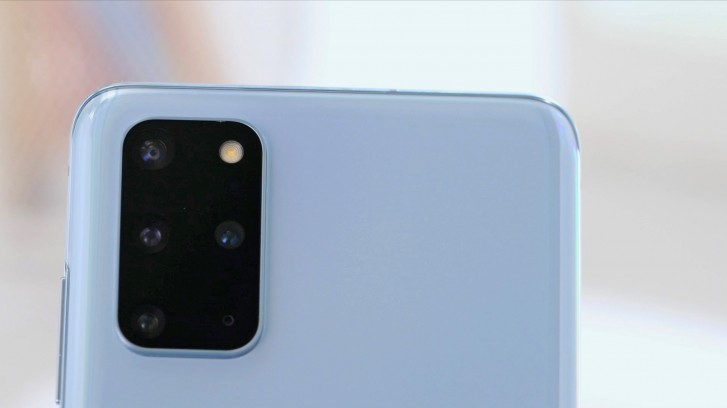 The main camera on the back has a new 12MP sensor with large 1.8µm pixels (compared to 1.4µm for the S10 phones). It has an f/1.8 aperture and features optical image stabilization (OIS).

The telephoto camera boasts the highest resolution sensor on a zoom camera yet – 64MP. Samsung advertises 3x hybrid zoom and up to 30x “Super Resolution Zoom”. This module also has OIS and a bright (for a zoom cam) aperture of f/2.0.

This 64MP module is also responsible for recording 8K video – the Galaxy S20 trio is the first to offer usable 8K recording. Note that a single frame of 8K video is 33MP, higher than the still resolution of many current flagships.

The ultrawide angle camera (120°) has a 12MP sensor and is shared by all three S20 models. The Plus model also has a DepthVision camera for portrait shots and depth-based effects.

The Samsung Galaxy S20+ is powered by a Snapdragon 865 or Exynos 990 chipset (region dependent, as usual). It comes with 5G connectivity (sub-6GHz and mmWave) by default, though some countries will receive 4G models. The base configuration has 8GB of RAM and 128GB of storage, but there are options for more - 12GB RAM and up to 512GB storage. The microSD slot lives on, giving you the option to add cards up to 1TB.

The phone has a 4,500mAh battery and supports 25W wired charging (using the included power brick). It can also do fast wireless charging (15W) and act as a wired or wireless power bank for your other gadgets.

With no “e” model this year, the Samsung Galaxy S20 is the smallest of the new flagship trio. With a 6.2” screen, it’s roughly the same size as its predecessor (slightly narrower and slightly taller, due to the 20:9 aspect ratio). Like the S20+, this screen has 120Hz refresh rate and 1440p+ resolution. 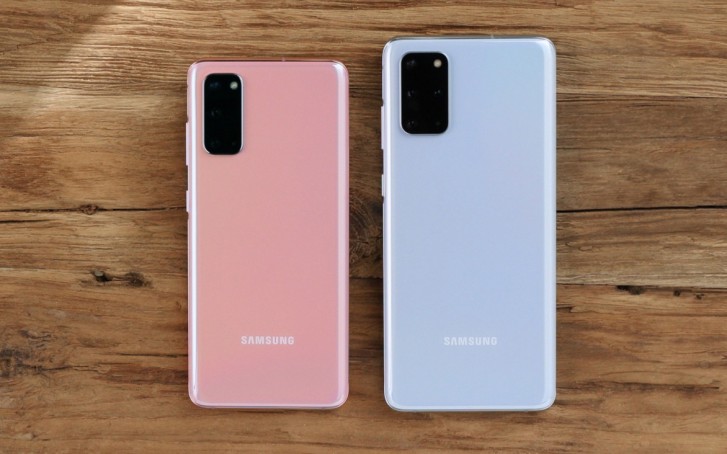 The 10MP selfie camera hasn’t changed much since the S10 generation, but the punch hole is smaller and is now centered. The S20+ has the same front camera (note: there’s no depth sensor on the front unlike the S10+).

Galaxy S20’s rear cameras uses the same 12MP main module, 8K-capable 64MP telephoto camera and 12MP ultrawide imager as the Plus model. The only difference is the lack of the DepthVision sensor.

Samsung went with in-display fingerprint readers of the ultrasonic variety for a second year.

The battery capacity on the Galaxy S20 is 4,000mAh and the phone supports 25W wired and 15W on the Galaxy S20+. It goes without saying that both S20 phones feature IP68 level of dust and water resistance.

Like the Plus model, the Galaxy S20 is powered by either a Snapdragon 865 or Exynos 990 chip, paired with 8GB or 12GB of RAM. There’s only one storage option here, 128GB, but again you have a microSD slot if you need more. The phone will be available in Cosmic Cray, Cloud Blue and Cloud Pink. 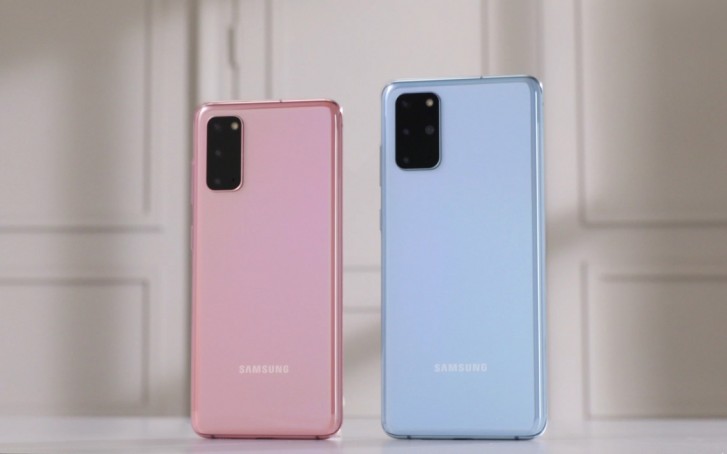 Pre-orders start today, the first S20 units will start shipping on March 13. If you pre-order, you're eligible for a free pair of Galaxy Buds+ (worth €170 on their own). Note that the 4G versions of the phones are available only in the base RAM/storage configuration.

For more details on the Samsung Galaxy S20 and S20+, check out our hands-on.

That doesn't change what I said. Keep trying to be right as that seems thats all you can do.

The new sensor is 75% bigger, the loss of light via aperture is around half a stop. So s20 still gathers more light than previous s series phones. Normally when the size of the sensor increases, adding wider aperture will soften the image. That...

So you're saying going to f1.8 from f1.5 is not a noticeable difference? That they didn't hinder some of what was gained with the additional 0.4um? My math is not wrong. Your comprehension of the situation and what I said is. There was no good...