As per previous rumors, Samsung is reportedly working on a Galaxy S10 Lite followпи-up, which should be coming sometime in October this year. However, a recent Geekbench listing suggests that the handset is closer to launch than expected. 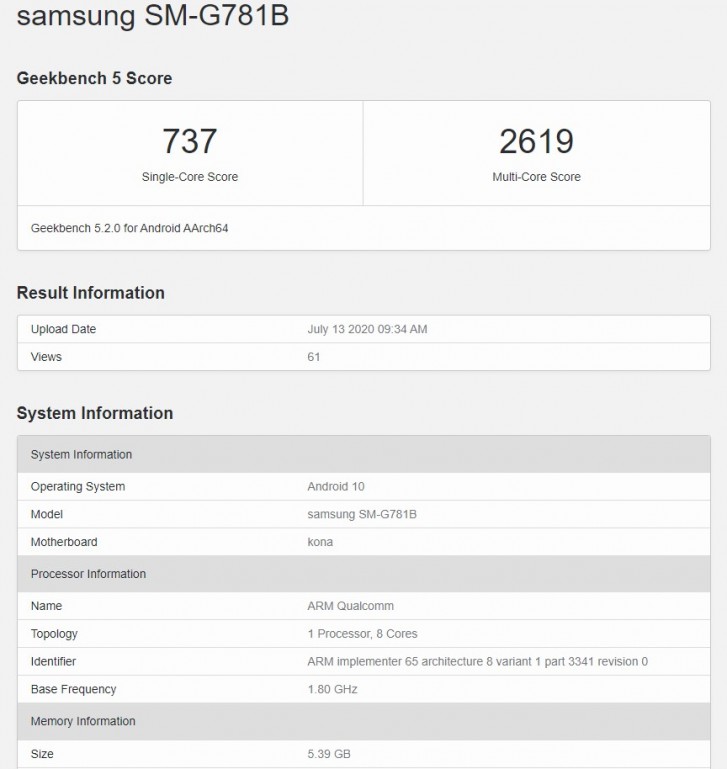 The Galaxy S20 Lite was initially rumored to sport Qualcomm's Snapdragon 865 chipset with Samsung's One UI 2.5 on top and the Geekbench listing confirms the former. The octa-core "Kona" SoC clocked at 1.8 GHz is likely the Snapdragon 865 chip paired with 6GB of RAM.

The model number is SM-G781B, which aligns with SamMobile's earliest report and suggests that the "B" at the end is for a designated region.

i wonder when samsung will come up with a compact phone for the a series... please bring a 5.8 inches phone and lightweight

I bought S20 Snapdragon (USA import) 300 Euros cheaper than OnePlus 8 Pro. OnePlus can pack and go away from Europe with their huge prices.