Following yesterday's price leak for the Galaxy S23 series in Australia, a new post from Reddit shows what is allegedly US pricing from an internal Verizon document. The good news for potential S23 buyers in the US is that Samsung will not raise prices on the new models compared to last year’s S22 series. 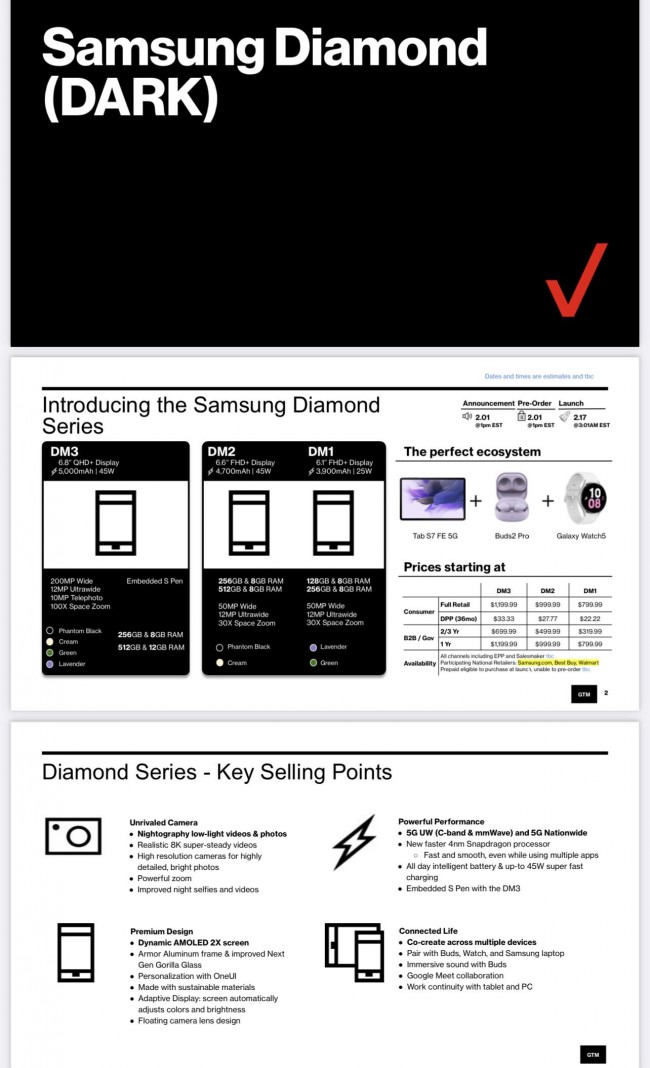 Taking a closer look at the leaked document Samsung Diamond appears to be the internal codename for the new S23 series with DM1 being the Galaxy S23 while DM2 is the S23+ and DM3 is the S23 Ultra. The baseline Galaxy S23 will start at $799 for the 8GB RAM and 128GB storage trim. Samsung will also offer an 8/256GB version of the S23 though the listing does not provide any pricing details. 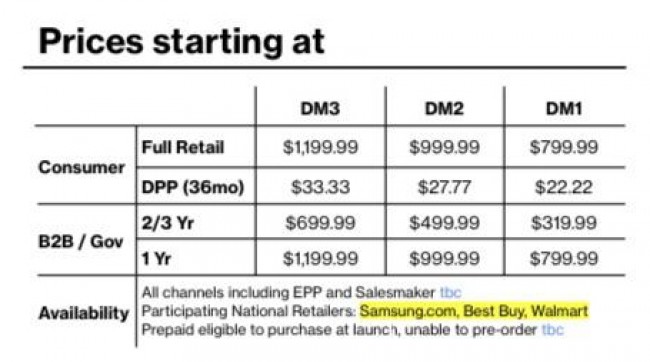 In fact, Galaxy S23+ will start at $999 and will bring 8GB RAM and 256GB storage as its baseline trim, which is a step up from the baseline S22+ which had 128GB storage. Samsung will also offer an 8/512GB model if you need extra storage.

Galaxy S23 Ultra starts at $1,199 which will get you the same 8GB RAM and 256GB storage as the baseline S23+ model. If you want to make the jump to 12GB RAM, you’ll have to pick up the model with 512GB of storage. The new S23 series will be available in Phantom Black, Cream, Green and Lavender colors. The rest of the spec sheet matches previously leaked info.

Honor & Xiaomi are not available at all unless imported from China. Only some of these have the correct bands for the USA. Even less will be allowed on most networks in the USA. I know OnePlus and Oppo are the same company, but that is not the...

No charger was already bad enough this one literally doesn't come with a cable either.

They did decent enough but went from overall outperforming snapdragon to constantly struggling to be as powerful or efficient. Essentially switched rolls. The S9 on is where they switched to in house designed large custom cores. And of course besi...