Samsung was having a rough start when it began pushing Oreo to Galaxy devices. Eventually, the Korean company went ahead, updated its flagships to Android 8.1 and now it is migrating the more affordable phones to the new OS version. 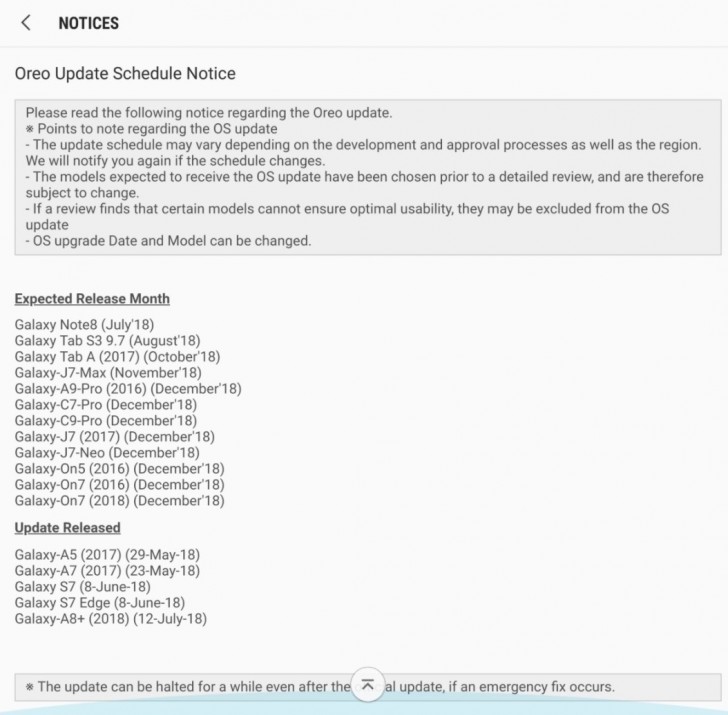 Samsung noted the update schedule change, which is one way to salvage the reputation in such situation. Other phones that should receive Oreo are the Galaxy Tab S3, Galaxy Tab A (2017), and the Galaxy J7 Max, although they are scheduled between August and November.

To see if an update to Android Oreo has already arrived at your Samsung device, you should head to Settings, then scroll down to Software Update. You can tap on Download updates manually or turn on Download updates automatically, so you don’t bother with checking all the time.