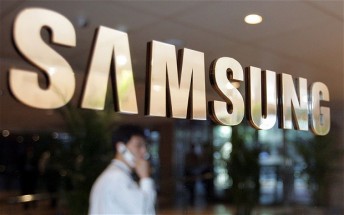 Back in January, Samsung wrapped up its record-breaking Q4 2017. Three months later, the Korean company is expecting to post even higher numbers, according to its earning guidance, released today.

Samsung Electronics should rake in KRW60 trillion in consolidated sales (about $56.1 billion) and KRW15.6 trillion in operating profit (which translates into around $14.6 billion), an all-time high. For comparison, Q1 2017 profit was merely KRW9.9 trillion or about 57% less.

The record profits are due to the new Galaxy S9 duo, the new Galaxy A8 (2018) smartphones, the thriving DRAM chip market and its OLED panel sales. According to previous reports, Samsung has 70% profit of all sold memory chips.

Detailed results are usually posted in the last Friday of the month, following the quarter, so we have to wait three more weeks for the detailed results by division.

Nope, it's called Economy. Capitalism is for any sake to sell something or provide service for profit.

What Samsung does is so capital intensive otherwise competitors would be falling over themselves for a share in those profits.

High DRAM demand is a fact, pushed by the cryptocurrency rush of last summer. Obviously I won't write a complete post describing how a company can manipulate everything in global economics as a comment, people would stop reading quickly and my words ...