The October 11 event will be Samsung's first Unpacked in Malaysia

The 4x fun event that Samsung has planned for October 11 will be held in Malaysia – the first time a Samsung Unpacked event visits the country.

The invites that Samsung sent out to the local press do not contain any hints as to what the company will announce. The Galaxy J6+ and J4+ remain the most likely options (perhaps a local version) while the foldable phone that Samsung has promised for later this year is the most exciting possibility. 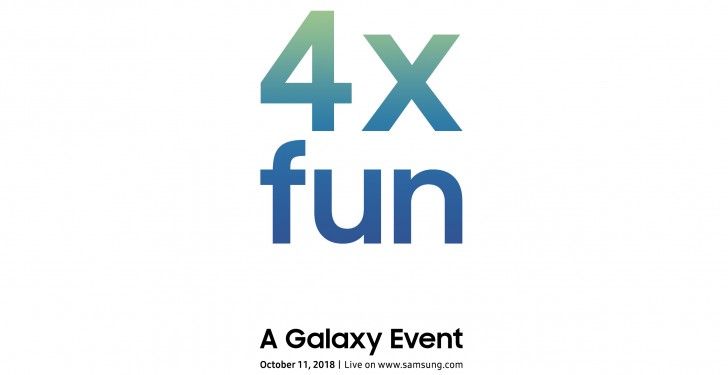 Either way, the new Samsung device (which may not be a phone at all) will come a day after the Razer 2 is unveiled and a couple of days after the new Google Pixels go official, plus the LG V40 from the week before (October 3). It’s going to be a busy month.

or some sort of gif lol