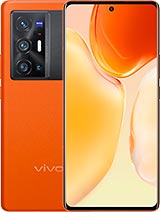 Vivo, please put an IR blaster on your phones. Seriously this is your flagship line and it lacks this function that I really need. If you don't I will have to go with Xiaomi in the future.

Anonymous, 24 Jun 2021Gimbal stabilization is useless if it sacrifices the size o... moreIt does seem like you know what your talking about!

Anonymous, 24 Jun 2021Gimbal stabilization is useless if it sacrifices the size o... moreI am afraid it doesnt you can see the video of Mrwhosetheboss on Vivo x60 pro+. and then this is the better version of the same.

Gimbal stabilization is useless if it sacrifices the size of a sensor & thus photo quality.

so far the (rumored) specs are nearly identical to X60 pro+

abitcuriousabitgeek, 07 Apr 2021Oh I wanted to write "expect". Thanks for correct... morehe did not correct you...

joe nodden, 07 Apr 2021I accept an E4 AMOLED display this time, Vivo. Don't l... moreOh I wanted to write "expect". Thanks for correcting me bud!

Jiki, 06 Apr 2021Within a month a successor is announced?? ?? What marketing... moreIts not announced. This is just a rumour.

Jiki, 06 Apr 2021Within a month a successor is announced?? ?? What marketing... moreI think this phone won't be released until July, the speculations about this phone are just early leaks.

I except an E4 AMOLED display this time, Vivo. Don't let me down!

the thing is that whatever problem was there with x60 pro + i want those problems to be overcomed and at least become the better versions like i want this phone to have ip rating and gorilla glass 6 or 5 at least in the front the vegan leather wouldnt be a problem i would be happy and the other thing should be slow mo feature to be added it is a feature that is even available in 2017 phones and still really good i want it on vivo 70 pro +. and please sd card slot with 256 internal and 12 gb ram this would be perfect and the price should be around 700 dollars then i would agree

This gonna be the european/International version most likely

Within a month a successor is announced?? ?? What marketing strategy is this??

haha wat the heck. It is not one year already, but vivo already prepared the successor of X60

The phone is not ANNOUNCED yet. Just a reminder.

notafanboy, 06 Apr 2021you should invent a time machine and go back to those days ... moreOr should I look for an old-fashioned flagship? :)