Update: Xiaomi Mi Mix 3 5G was announced with the Snapdragon X50 modem for 5G speeds. The Xiaomi Mi 9 was next, and the event revealed its low price tag of €449 in Spain and Italy, but the device comes with 6 GB RAM and 64 GB storage.

Original story follows: Xiaomi announced the Mi Mix 3 back in October with a promise to introduce a 5G version in the first quarter of 2019. The time has come and the company is gathering the spotlights for the introduction, taking place at the Palau de Congressos de Catalunya in Barcelona. We are at the event and expect to see the Xiaomi Mi 9 appear on the global scene, along with its pricing and availability across the world. 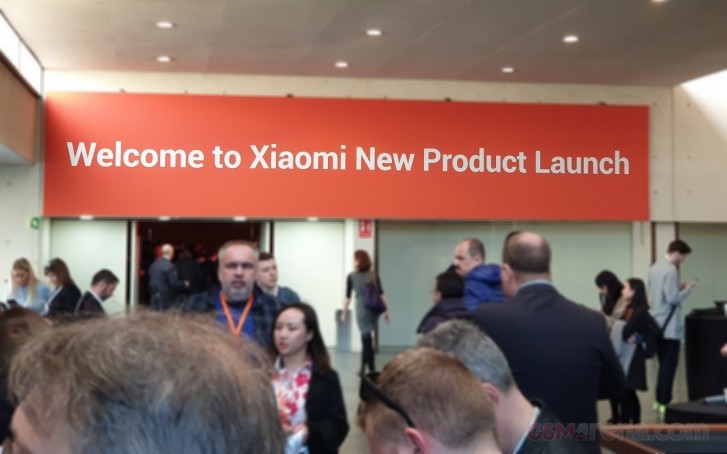 The Xiaomi Mi 9 already arrived in China and we managed to review the smartphone. It is among the first devices with Snapdragon 855, and even if 5G is not part of the package, the device is still a thoughtfully designed and nicely executed flagship.

The Mi Mix 3 is also a stunner - it was introduced with an attractive price tag and Snapdragon 845, but the new version with 5G connectivity, based on the Snapdragon's X50 modem and 855 chipset surely will set you back more than the initial €500. It has some setbacks, but the slider mechanism just clicks with you.

We are also hoping to see the Xiaomi Mi 9 SE on stage since it was introduced alongside the flagship Mi 9 back on Wednesday.

I like how they did the thing that sony wanted to do with their xz2 lineuo but failed And i meanThe curved design I liked the 5g and their mi 9 camera But as good as their phones,,, yet xiaomi still ignorant to the fact that they can mirror th...

So bland. Nothing really intriguing.