It looks like punch hole cameras are going to be a big deal in 2019 and the most premium phone with a punch hole in the display just arrived with the Honor View 20.

The Honor V20 for China or View 20 for the rest of the world builds on Honor's key strengths, matching the Huawei Mate 20 Pro in many regards and even outmatching it in some, like the 48MP main camera and the screen to body ratio. Honor announced the V20 this week for the Chinese market and will host an event for the View 20 in Paris on January 22 to mark its global launch. The high res rear camera will be used in conjunction with the potent Kirin 980 chipset to produce pixel-binned 12MP night shots with more detail and clarity, and less noise - the shooting mode is called Super Night View.

Placing the selfie camera inside the display has allowed for a razor thin top bezel but it was no easy thing to pull out. We got into details about how Honor managed this and why it chose to put the display hole in the top left and not the middle or the right.

As a smartphone, the Honor View 20 brings Android 9 Pie under Huawei's EMUI software. It's snappy and adaptable to your usage. EMUI on the Honor View 20 even allows for a desktop mode when connected to a monitor, keyboard and a mouse. 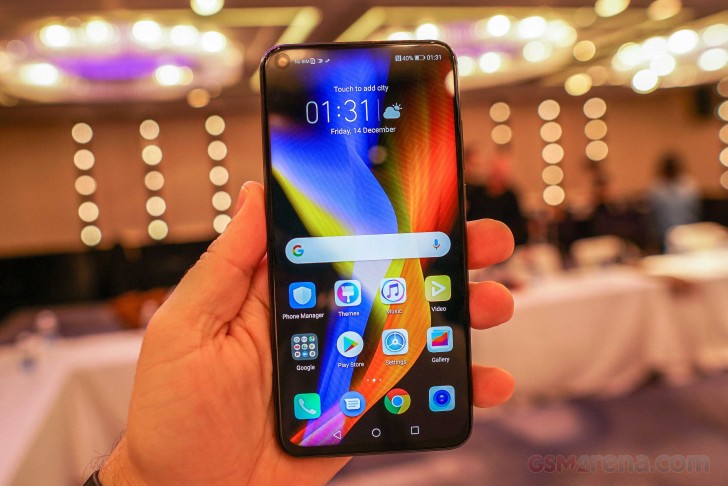 The battery life should be great thanks to a large 4,000mAh battery. But even if the Honor View 20 gets low on charge your can top up up to 55% in just 30 minutes thanks to the support for 22.5W fast charging.

I'm thinking to buy this due to its specs but since they release the actual unit and saw the design.... Ugh! Why do they have to make the camera look like this? it's ugly asf. why honor! the only cool stuff here would be the glass design but the came...

I used to think that way. But quite honestly I had to change my views after spending some serious time with a few Huawei phones. In particular the Honor 7x / Mate SE stood out to me. Roughly a $200 phone vs my personal S8 Active should have ...

I really hate when (primarily) US based review sites talking why not AMOLED.... Not all people want AMOLED. After owning Samsung Galaxy Nexus & Samsung C9Pro, I prefer LCD now. The reason is, Burn-in. AMOLED phone only good for 9-12 months. ...