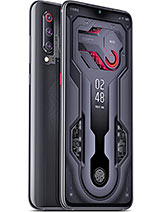 IP68 doesnt matter since you're not always using the phone with more than 1 meter of water under your feet.

I just ordered it on tradingshenzen lets have a look on this! 10-15 days of waiting will be hard for me xD

Luckily it does not come with waterproof. I'm able to do battery replacement myself in the future rather than send to the service center.

ILoveEeEe , 02 Mar 2019It is a very nice phone and wish to own one but too bad tha... morevery true, it does have everything except the IP68.
not sure, why they put huge RAM (12GB), which can cost more battery power with less battery size.
It would be my next phone, but still thinking as it is not IP68.

It is a very nice phone and wish to own one but too bad that it doesn't come with IP68 certified.

Clibra35, 27 Feb 2019Will this phone works in USA on Tmobile or AT&T network... moreNo it will be restricted in the U.S

All that and no NFC?

Will this phone works in USA on Tmobile or AT&T networks ? I am buying one from china this week. Will the phone bought in china works with US networks or not ?

Nick, 26 Feb 2019good things supposed to have high price! so what! you don't... moreYes, I'm aware, but the prices needn't be that high. If the phones had launched at 650, 750, and 850, it would be a smart business decision as it would severely undercut their main competitors from Huawei and Apple. When all three are the same price, you have more of a chance of having the Huawei or Apple chosen. But by undercutting their prices, more people are inclined to buy your product, especially if it's as good as the more expensive offerings.

Walter C. Dornez, 26 Feb 2019I wouldn't personally call them greedy, but they do need to... moregood things supposed to have high price! so what! you don't have to buy it!

this is world's n.o 1 copying company

CptPower, 25 Feb 2019Yup. And today i heard it wont be 499 but around 449 ezuros... moreI wouldn't personally call them greedy, but they do need to lower the prices as it seems they're just keeping the prices up for ego

Walter C. Dornez, 25 Feb 2019Exactly. The more Xiaomi sells, the more the market will ha... moreYup. And today i heard it wont be 499 but around 449 ezuros which is just 50 more from chinese version.
Compared to for example Samsung M20 which in India cst less than 130 euros exactly 126 but in europe ll be sold for 199 euros. And we speak about basic phone.
Samsung is really greedey ccompared to xiaomi which makes its customers happy and satisfied.

No IPS/waterproofing... thats a no go for me...

CptPower, 25 Feb 2019Yup also the price Mi9 starts at CNY 2999 which s 393 euros... moreExactly. The more Xiaomi sells, the more the market will have to lower these prices.

Walter C. Dornez, 23 Feb 2019I very much doubt that. However, I'd rather take the perfor... moreYup also the price Mi9 starts at CNY 2999 which s 393 euros if you order straight from chinese. Even the fact europe price will be around 499 euros.

Wah, huge memory... all the good points, can think of buying a set for daily use. 3300mah is good enough even for youtube videos, just charge when battery level is around 40% and quick charge function zooms in to full charge reaally fast.