YouTube just launched a Device Report website that lists the best devices for enjoying its videos. The list isn't particularly long but includes all the flagships from the major manufacturers. 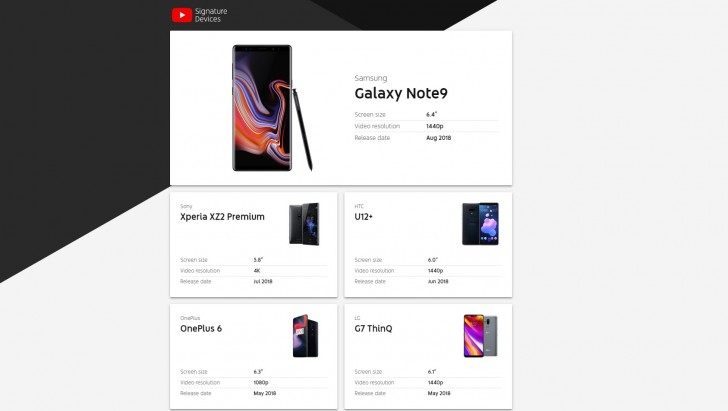 The YouTube team claims that every device goes under extensive testing and it's working closely with the OEMs to provide the best possible performance and quality when streaming YouTube videos. The list consists of 18 smartphones from Samsung, LG, OnePlus, HTC, Huawei, Xiaomi, Google and Nokia.

YouTube starts calling Stories what they are, rolls them out to more people

YouTube will no longer discriminate videos with different aspect ratios

Cant think of any. Please educate us.

? A phone with 4k 765 ppi hdr lcd probably. But as yt is audiovisual content sound also kicks into merrit. A phone with balanced front stereo surround sound is best for audio content. Only one phone out there meets both those class leading sp...

So which phone actually leads according to you? Which phone on the planet can give you better YouTube experience than a phone with 570 ppi super amoled 2k+ display?