Information about ZTE's upcoming nubia Z18 flagship has been fairly scarce - only a few live photos and a Geekbench listing revealing some of the key specs have appeared in the last few months. There are also some sample photos from the camera hinting at pretty good low-light capabilities but that's pretty much it. 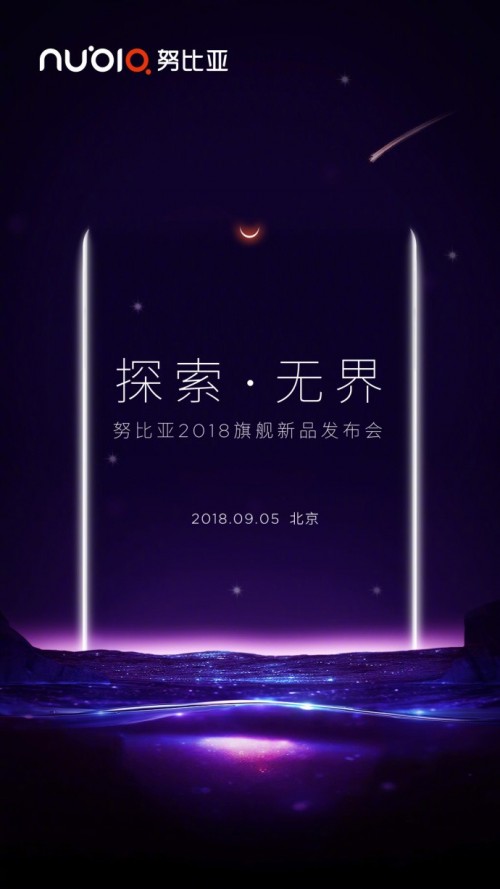 And it looks like there's no time for leaks either - nubia's official Weibo page posted a teaser poster revealing the launch date of the device - September 5. Judging by the image, the smartphone will most certainly come with a minimalist notch similar to the one on the Essential PH-1.

Interestingly, previous reports hint at another notch-less variant with a secondary screen on the back called Z18s. We will see if ZTE has an extra phone to show us during its September 5 launch.

I'll wait then. I hope they have some good design coming

Wait until tomorrow to see Axon 9! The pic published last week I saw it on February 12th.