We often talk about how many companies have bowed out of the smartphone race, but the industry is difficult for component makers as well. These days most Androids are powered by either a Qualcomm or a MediaTek chipset. There is also the Exynos line from Samsung LSI, but the company rarely finds a client outside of its sibling Samsung Electronics. Unisoc has carved out a niche for itself and has found success.

But we're not going to talk about any of those today, instead we want to reminisce about a chipset maker that called it quits almost a decade ago - Texas Instruments, "TI" as its friends knew it.

The TI OMAP - Open Multimedia Application Platform - series powered some of the most influential devices over the years, smartphones, tablets and even smartwatches. 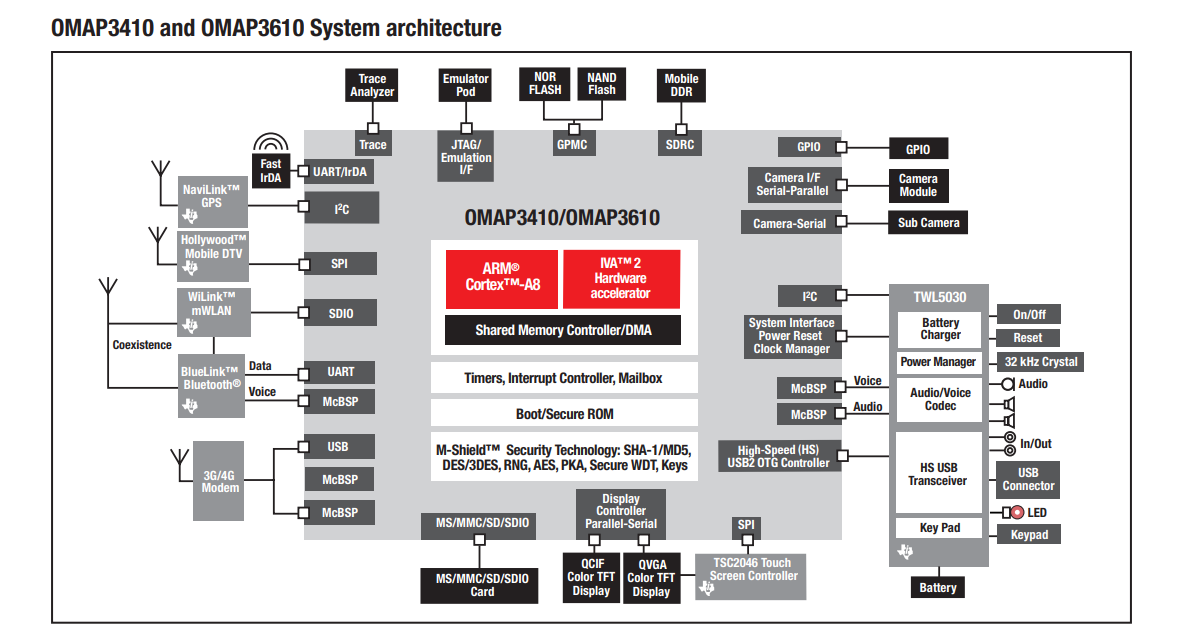 Let's start with Nokia. The Nokia N9 ran MeeGo on a TI OMAP 3630, a 45nm chip with a single Cortex-A8 CPU and a PowerVR SGX530 GPU. We revisited the N9 in a previous installment where we remarked how fast the phone felt even compared against the dual-core flagships of the day.

Going back to 2004, the Nokia 7710 was Nokia first touchscreen device and the only one to run Symbian Series 90, a TI OMAP 1510 was the chipset of choice for this device (we hesitate to call it a tablet, though that is what it was back then).

OMAPs have powered many other N-series and E-series devices. The multimedia powerhouse that was the Nokia N90 ran on a 1710 chip, the N91 had a similar chip and a 4/8 GB microdrive, there was the oddball N92 too. The Nokia N82 used an OMAP 2420, as did the venerable Nokia N95, arguably the best Symbians ever.

Nokia's Communicator series was trying to stage a comeback in the 2000s with devices like the Nokia 9300, 9500 and Nokia E90. The failure of the Nokia N97 and N97 mini put an end to the Communicator design, however.

Anyway, Texas Instruments chips were the brains inside other Nokia business phones too: the E61, E62 and E63.

OMAP chips ran many other OSes over the years too. The TI OMAP 4460 - still 45nm, but now with two Cortex-A9 cores and a PowerVR SGX540 GPU - powered the Galaxy Nexus by Samsung, one of the early Google phones.

Motorola built quite a few Androids based on a TI OMAP chipset. There were the likes of the DROID/MILESTONE, the Android phone designed to take on the iPhone. The TI OMAP 4430 (similar to the 4460) was powerful enough for AT&T's ATRIX 2. As you may recall, ATRIX was a line of phones that could attach to a laptop dock and offer a desktop-like environment long before Samsung's DeX and Motorola's new Ready For.

A few other Motos that we want to highlight include the Motorola A1000, a Symbian-based PDA/smartphone, the Motorola MPx220, a Windows Mobile 2003 flip phone without a touchscreen, the Motorola FlipOut, a kooky phone with a QWERTY that rotated out and the rugged Motorola DEFY.

We promised TI OMAP-powered smartwatches and here are a couple. Remember the MOTOACTV? It was an early take on a smartwatch that focused on exercise tracking and ran Android 2.3 Gingerbread. There was also the original Moto 360, Motrola's first Google Wear watch (nee Android Wear).

Like the Nokia N9, we think that the Palm Pre was one of the most influential phones in terms of smartphone UI. The Pre 2 also used an OMAP chip, while the cheaper Pixi ran on a Qualcomm chip.

There are too many phones to stop and discuss each one in detail, but we feel like we're not paying enough respect to the OMAPs by just mentioning them occasionally. These chips were built with powerful ISPs and we can prove it.

The Samsung i8910 Omnia HD came out in mid-2009 and was the first mobile phone that could record and play 720p video. The Sony Ericsson Vivaz was SE's first phone that could capture 720p video and also used a TI chip. And so did the Satio (Idou), one of the first 12 MP phones.

We don't know what it was, but the OMAP chips lent themselves to running various OSes quite well. We've already covered Linux, Symbian, Windows Mobile, webOS and Android, now here's one more - BlackBerry Tablet OS with the Playbook, which quickly morphed into BlackBerry 10 OS. One BlackBerry Z10 used an OMAP chip, though most stuck to Snapdragons.

The LG Optimus 3D, one of the first (and thankfully few) smartphones with a 3D display is also in the TI OMAP camp, its rival, the HTC EVO 3D, featured a Snapdragon S3 instead. A few other LGs to mention here include the stylish Optimus Black P970 and Prada 3.0.

Amazon started building ebook readers in 2007 to support one of its core businesses (remember, Amazon started as an online book store). Later, it branched out into making Android tablets, in part to get into the app store business, but also to support its streaming service. The original Amazon Kindle Fire used a TI OMAP, as did the Fire HD.

The B&N Nook Color tablet had an OMAP chip as well, even the Nook Simple Touch, one of the few eInk tablets (especially back in the day). The Kindles and Nooks got some competition in the face of the Kobo Arc, another tablet from a company that branched out from making ebook readers.

What became of the Texas Instruments OMAP series? Well, in late 2012 there was a report that the company is giving up on smartphones, but TI refuted that claim and said that the OMAP 5 series was on the way. A couple of OMAP 5 chips did launch - 28 nm, now with two Cortex-A15 cores and a PowerVR SGX544 MP2 GPU - but they were never used in a phone, tablet or similar device (other than the DragonBox Pyra, a handheld console/PDA, but we're not sure that counts).

Which is your favorite TI OMAP-powered phone? Would you like to see a more detailed Flashback about any of the devices mentioned above?

PS. If you miss Tegra more than the TI chips, here is a similar retrospective. The Nvidia chips have powered their fair share of memorable and oddball devices too.

Broadcom socs used to power samsung smartphones as well with their videocore gpu, the chips were so efficient they couldn't even generate heat under heavy load, sadly they were not good for games so they died, only used in Raspberry PIs

I've upgrade to S22 ultra from S21 ultra so need to show off with a stupid joke.

Feel you bro. I do still own and use N900. What lovely device!