Lava unveiled the Z61 Pro budget phone at a price of INR 5,774 (which is $75 or so). This will fit people wanting something small and cheap – the 5.45” screen makes the phone more compact than most.

Around the back is the 8 MP main camera, which offers HDR, night mode and portrait mode. There’s no fingerprint reader anywhere on the phone, but you can use the front camera for face unlocking (it reportedly triggers in 0.6 seconds).

This phone is a successor to the Lava Z61 from a couple of years ago. It’s more powerful, however, with an unnamed 1.6 GHz octa-core processor and 2 GB of RAM. This allows even the base version to run full Android (the older model started with Android Go edition). However, the company doesn’t reveal which version of Android is running on the phone. 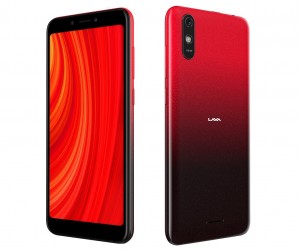 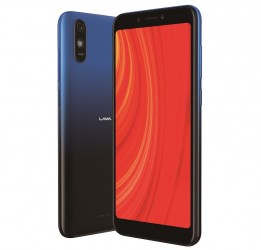 Anyway, the Lava Z61 Pro has 16 GB of built-in storage and a microSD card slot for up to 128 GB more. It’s also a dual-SIM phone with 4G VoLTE support, Wi-Fi b/g/n and Bluetooth 4.2. The 3,100 mAh battery charges via an old-school microUSB port. There’s also a 3.5 mm headphone jack at the top.

The most notable thing about this phone is that it is part of the “Made in India” program. Last month the company announced plans to shift its production facilities from China to India, an R&D center will also be moved.

The Lava Z61 Pro will be available through Flipkart, Amazon and brick and mortar stores within a week. You’ll be able to choose between Midnight Blue and Amber Red paint jobs.

I fail to see how it would be better, only realistic optin to keep the price is Mediatek...

The so called Made in India phone with a Chinese heart. Why does it use a Unisoc (Spreadtrum) SC9863 processor which is designed by a Chinese company and in future most probably be fabricated in China (processor). Beats me. They could have gone ...

it was released officially but not came into the indian market. when it will come.