MWC 2017 is over, here are the highlights

The company played the teaser game expertly and the LG G6 was hotly anticipated. The FullVision display stole the show and pre-empted reportedly similar designs by Samsung and even Apple. The waterproof body sheds G5's modularity but keeps the dual-camera. In fact, the revised system will offer better quality wide-angle shots. Also, two square photos fit perfectly on the 18:9 screen, a widely promoted feature which can be used for some fun effects.

Sony may have been the only company with a two-tiered showing at the MWC, everyone else went all flagship or all mid-range. That's good news for impatient Sony fans who were presented two XZ front runners, plus two XA phones presented as "super mid-rangers."

The Sony Xperia XZs will come out ahead of Premium to show off the new Motion Eye camera. A couple of months later, the Xperia XZ Premium will bring the big guns - namely the world's first 4K HDR screen and the Snapdragon 835.

The Sony Xperia XA1 grabbed the camera from the Xperia Z5 and XZ (minus some premium features). It and the Xperia XA1 Ultra boast "edge to edge borderless screens", 6" in the case of the Ultra. That one also boasts an OIS-enabled selfie camera.

Nokia and HMD delivered some high-grade nostalgia. The Nokia 3310 (2017) really brought back the memories. The trio of Android-powered phones were quite special too.

The Nokia 6 celebrated its arrival on the Old Continent with a special Arte Black edition. The Nokia 5 is one of the new models, a budget metal-clad phone, the other is the Nokia 3. All three phones run pure Android and will get timely Pixel-line updates. 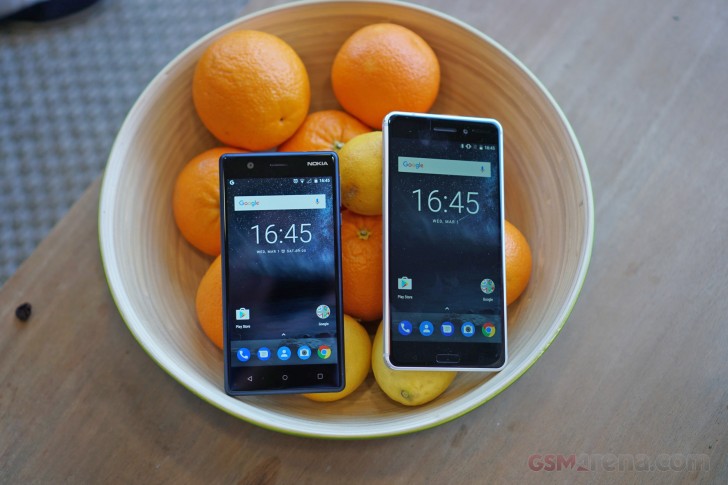 Huawei brought the dual-camera competition to the G6. The Huawei P10 uses the 12MP + 20MP camera setup from the Mate 9. The Huawei P10 Plus offers that and the Kirin 960 chipset in a larger form factor with a 5.5" QHD screen.

The company also unveiled the Huawei Watch 2, split into a sporty base version and a dressy classic version. There will be a Porsche Design edition later on as well.

While the Lenovo mothership focused on tablets, the Moto division brought out a couple of mid-rangers to challenge the Nokias. The Moto G5 Plus boasts a stunningly good camera - 12MP sensor with Dual Pixel AF, f/1.7 aperture and 2160p video capture (US only). Sounds a lot like the Galaxy S7 camera, doesn't it? The Moto G5 is more modest and swaps the Snapdragon 625 chip of the Plus to 430 and goes to a 13MP/1080p camera. 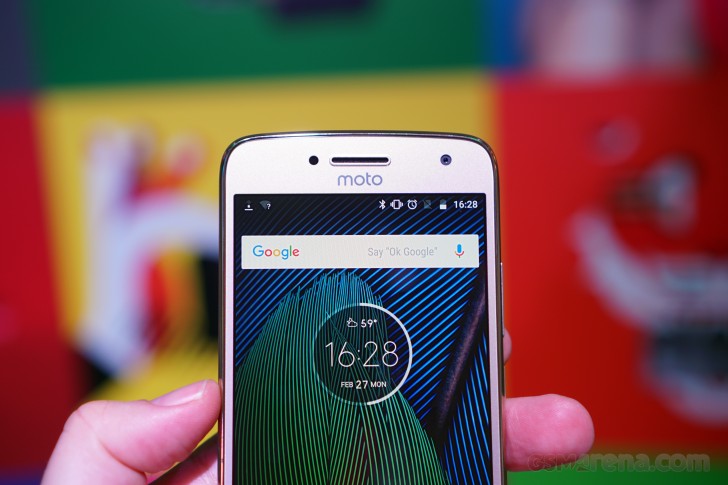 Moto G5 and G5 Plus hands-on

With the Galaxy S scheduled for March, Samsung brought out a rare type of Android tablet - a powerful one. The Galaxy Tab S3 9.7 boasts a sharp Super AMOLED screen to draw on using the S Pen. An optional QWERTY keyboard can help boost the productivity. That is if you can get any work done with distractions like gaming on the Snapdragon 820 chipset and AKG-tuned speakers. Then there are the Windows-powered Galaxy Books.

Initially teased as the Mercury, the BlackBerry KEYOne flaunted its hardware QWERTY, but also its photography skills courtesy of the 12MP Sony IMX378 sensor - the same one used in the Google Pixels.

Weekly poll results: Many favorites from the MWC vie for your attention

Weekly poll: vote for the best phones of the MWC 2017

The new Nokia 3310: a tug on the heart strings that failed

hey folks. is it true that p10/+ can manage under water ?

Sony might be chosen but LOL.. Huawei sell more compare to Sony. MWC is not the basis.. just accept it.

Well , MWC is over and so is the wait (still got a bit left for s8/8+) but MY conclusion is LG G6 while a nice phone i wont be buying it bcuz some degrades here and there + some exclusivity , i want all the good things in 1 package (wireless charging...