Realme recently confirmed that the X50 Pro 5G is arriving on February 24 with a total of six cameras - two on the front and four at the back. Today, the company revealed more details about the dual camera setup on the front.

This setup will include a 32MP selfie snapper, joined by an ultrawide angle module with a field-of-view of 105-degrees. Realme didn't reveal the resolution of the ultrawide angle unit, but we are likely looking at an 8MP shooter. 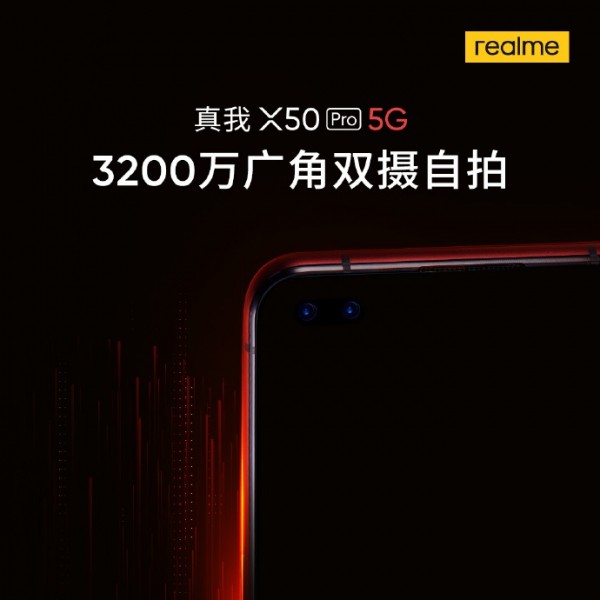 Additionally, Realme said ultrawide angle unit will come with UIS Max Super Video Stabilization (machine translated from Chinese). As evident from the name, this is a video stabilization feature, but we'll have to wait for more details to know how exactly is it different from OIS and EIS.

Besides, Realme's European branch confirmed the X50 Pro 5G will be offered in two colors - Rust Red and Moss Green.

Other previously confirmed specs of the Realme X50 Pro 5G include a Snapdragon 865 SoC, up to 12GB RAM, and up to 256GB storage. It will boot Android 10-based Realme UI and pack a 90Hz Super AMOLED display.

The X50 Pro 5G will sport a 64MP main camera and feature Wi-Fi 6. Realme hasn't officially revealed its battery capacity yet, but did confirm it will support 65W SuperDart fast charging. 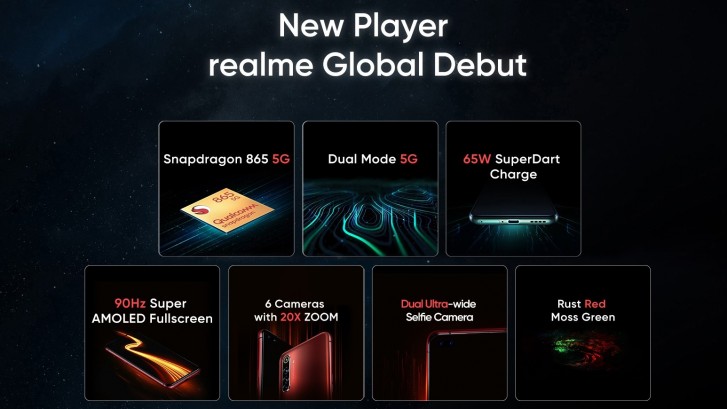 Why? You want to start taking billboard sized photo's? Cause thats basicly the only use for a 108mp camera. Even if you are in that business, you will never take those kind of photo's with a phone. So a 108mp camera on a phone is very, very redundant...

Why? Instagram is mostly viewed on small phone screens, on wich you will never see the difference of a 108mp camera. What more MP basicly does is make the photo bigger (And still remain sharp), but since a couple of MP is already more than enough to ...