Xiaomi's sub-brand Redmi is all set to unveil the Redmi K20 on May 28, and as we inch closer to its announcement, the company revealed another one of its key selling points.

Redmi has already confirmed that the K20 will come with a 48MP primary camera, 960 FPS slow-mo video recording, and a 4,000 mAh battery and today it adds the seventh-gen optical in-display fingerprint reader to the list. 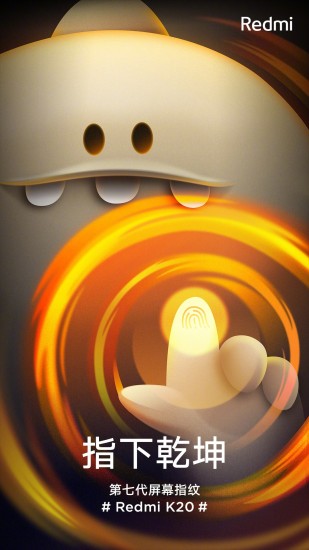 Redmi says that this fingerprint scanner is equipped with a 3P lens and has 7.2μm ultra-large pixels. It has a 100% higher photo-sensitive area and 30% more accuracy than the previous generation scanner. Not just that, the fingerprint scanning area also sees an increase of 15%.

The UD fingerprint scanner on the Redmi K20 will also come with DSP acceleration technology which will increase its unlock speed by 10% compared to the previous generation, while also increasing the success rate by 30% under direct light and low temperature. 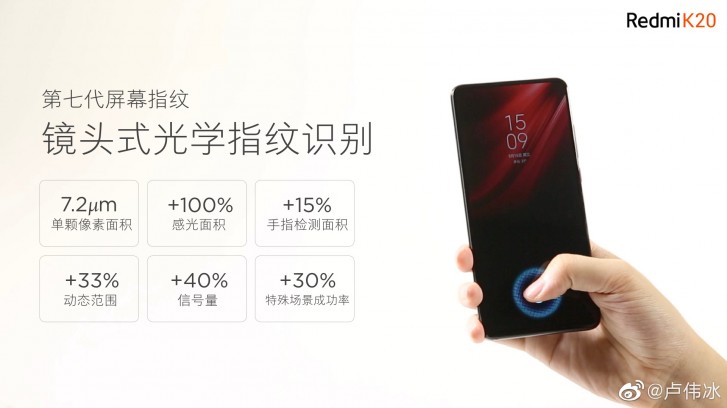 The image shared by Redmi has a smartphone with a notch-less display which is likely the K20. This aligns with the previous leaks which suggest that the K20 will come with a 20MP motorized selfie camera popping up from the top, enabling a notch-less screen.

That said, the Redmi K20 and the K20 Pro have received 3C certification, and their listings confirm that the vanilla K20 will support 18W fast charging, whereas the Pro version will come with 27W charging speed.

This phone looks better and better such as Pocophone after many many updates.

Not really, the elephone only appears to have slim bezels due to it's curved edge display design, which is awful. Also, well, it's an elephone, so not really a worthy contender to any Xiaomi or Redmi device.

The U2 also has a 20nm chip Got announced 7 months ago but still hasn't been released If it does get released it probably won't receive OTA updates (or it will but just will receive 2 minor software bugs) Won't ever get monthly security update...