Where has the year gone? The Pixel 6 was announced in mid-October 2021 and now its successor is just around the corner – but if rumors are to be believed, it will be nearly the same phone.

The Pixel 7 will feature the new Tensor G2 chipset, which will bring some important updates to the GPU, NPU, modem and other hardware, basically everything but the CPU. It probably won’t post headline-grabbing test scores, but it will offer hardware acceleration for Google’s software, which is more important to the Pixel experience.

As for the rest of the phone, leakster Yogesh Brar posted a speculative spec sheet, which feels like a game of “spot the difference”. It starts with a 6.3” OLED display with FHD+ resolution and 90Hz refresh rate. That is a tenth of an inch smaller than the Pixel 6 display, but other than that it is basically the same. A 90Hz display on a near-flagship device in 2023 will not look impressive.

Next up, the camera – 50MP main and 12MP ultra wide, using the same GN1 and IMX381 sensors, respectively. The selfie camera will allegedly get a bump to 11MP (up from 8MP), which will have autofocus (the new Samsung 3J1 sensor has PDAF). And as you can see from the official images, the new model still uses the “visor” design, it’s just that the color palette is different this year. 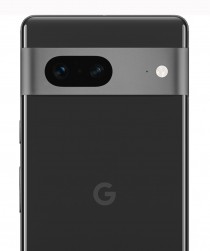 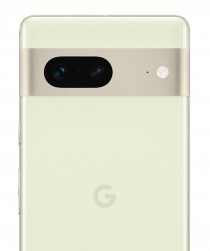 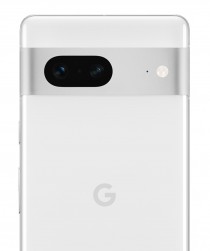 The Pixel 7 is expected to have a battery with a capacity of 4,700mAh or so, not far off the 4,614mAh official rating of the Pixel 6 battery. Also, charging support is listed as 30W, but there should be an asterisk next to that. Despite some early confusion on the topic, the two 6 and 6 Pro phones charge at 21-23W, not 30W.

We already mentioned the G2 chipset, the new model is also supposed to come with the Titan security chip, possibly a new version. Why that wasn’t built into the G2 is unclear.

The phone will allegedly be configured with 8GB of RAM and will offer a choice of 128GB or 256GB storage, same as last year. It will launch with Android 13, of course, but current Pixels will be quick to get updated to that version.

The Pixel 7 and 7 Pro will be announced on October 6 and will go on pre-order the same day (the likely shipping date is October 13). The two models are rumored to cost the same as their predecessors, meaning $600 for the Pixel 7 (and $900 for the Pro). For the first time in a few years, the flagship models will be available in India, though we don’t know the price for that region yet. Also expect to see the Pixel Watch and a Pixel tablet on the 6th.

Leaked Tensor G2 details examined: same CPU, everything else is getting better

that is really sad to hear,i am honestly interested in buying base pixel 7,hopefully tensor g2 did make thermals better but i guess i should wait a month before placing order only other option i have is motorola edge 30 ultra lol ,samsung s22 used 8g...

Dude I'm ashamed, I totally forgot abut 6A's existence when I wrote this 😂 But yeah that's it glad that we have 6A, but Google could do a better marketing job, idk I just feel that people don't care enough about Pixel Phones, and ...

I know that, and it's a shame, I like stock android, but my old pixel 6 pro got hot even without using it on occasions, something very typical of exynos!