For the second week running the a Samsung Galaxy Note10 series phone is leading our popularity chart, but this time it's the Plus model rather than the compact one.

The Galaxy A50 also managed to split the two S Pen flagships, while their 5G versions dropped off the top 10 entirely.

The Galaxy A70 and Redmi Note 7 took advantage of that and climbed a position each to fourth and fifth.

Samsung Galaxy A90 is only a rumor at this point, but it's already gaining plenty of interest and placed sixth.

The Xiaomi Mi 9T Pro retained seventh, as the returning Galaxy A30 climbed to eight and ahead of its Galaxy A20 stablemate.

The final spot goes to the newly released HTC Wildfire X - the entry level phone that marks the return of the brand to the Indian market.

Samsung Galaxy A20
RANK: 9NEW IN 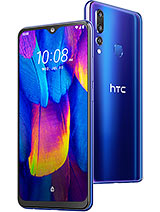 Yeah it is different depending on the market and place .......

I'll not argue with that EU sales figures but other markets can be different as Sammy's price vs specs against other OEMs is always a level lower especially with the A series.