Xiaomi is mostly staying out of the MWC proceedings, letting its Poco brand take the spotlight for a change. The company won’t stay quiet for long as sources claim that there is a big Xiaomi announcement coming soon – the 12-series flagships are going global.

An online event on March 15 will announce the arrival of the Xiaomi 12 series in Europe and perhaps other regions (India, one imagines), say the sources. It’s not clear if all three models – Xiaomi 12, 12 Pro and 12X – will be available, though. Can we see the rumored Xiaomi 12 mini as well? Or maybe Xiaomi 12 Lite? Xiaomi 12 Ultra even? Maybe, but we wouldn’t bet on it.

Either way, the marketing campaign will focus on the cameras and the event will have the tagline “Master every scene”. As a quick reminder, all three phones have 50 MP main cameras, but the Pro has a larger sensor than the other two (1/2.8” vs. 1/1.56”). The Pro has a triple 50 MP camera actually, including 50 MP telephoto (2x optical magnification) and 115° ultra wide. The other two have 13 MP ultra wides (123°) and 5 MP tele macro cams. 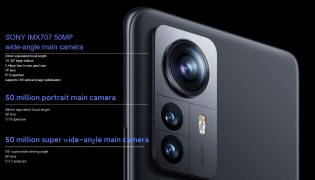 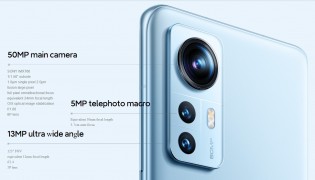 The Xiaomi 12 and 12 Pro feature the current Snapdragon 8 Gen 1 and from what we’ve gleaned from Geekbench the Euro models will keep using the same chip (instead of pulling an iQOO 9 and launching the Snapdragon 888+ in Europe instead of the 8 Gen 1). The 12X uses the older Snapdragon 870.

If I wanted to pay Apple prices, I would buy an Apple phone.

If those are the prices in Euros, regretfully I will switch to Iphone