Another CES has come to a close, and although there weren’t many huge announcements in the mobile space, a couple of notable appearances come quite close, particularly from the likes of TCL and BlackBerry. Honor’s 6X continued the idea that a decently equipped smartphone shouldn’t have to cost that much. ZTE announced a couple of new devices, one of which was crowdsourced and the other which is set out to dethrone Honor’s 6X.

Asus unveiled a new Tango-enabled phone, and Huawei even talked about Tango in the not-so-distant future. But, one of the most talked about features for any type of product, whether appliance or smartphone, was the integration of Amazon Alexa in third-party hardware, Huawei, included. 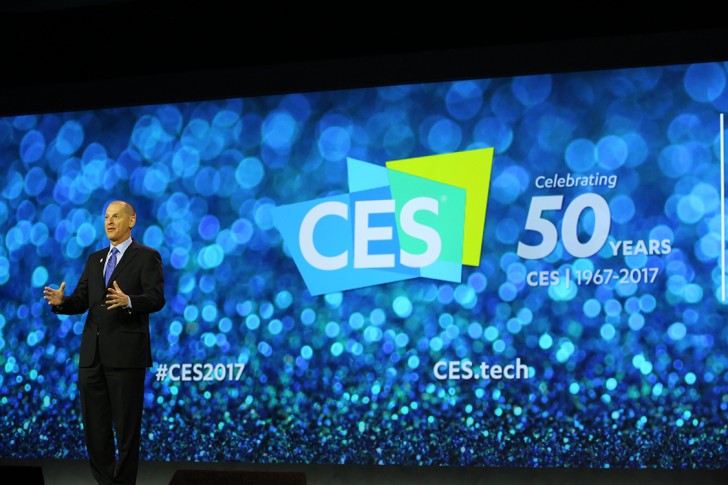 Sadly, we didn’t hear much of anything in the wearables space. For an industry that exploded with popularity just a few short years ago, it appears that tech companies might be waiting for Android Wear 2.0 to officially launch before they decide to build another smartwatch. The only exception is the integration of iOS for the Samsung Gear S3.

If you think you missed anything from CES, hopefully this compilation of mobile tech can help you catch up on any tech you might have missed during the winter break.

Honor didn’t announce a spanking new phone, since the Honor 6X was already announced back in October for the company’s home market in China.

Quite expectedly, Honor took the stage and announced that the Honor 6X was coming to the remaining global markets most notably the US, EU, UK, and UAE. For a full list of countries, check out the news post. Hands-on for the Honor 6X can be found here. 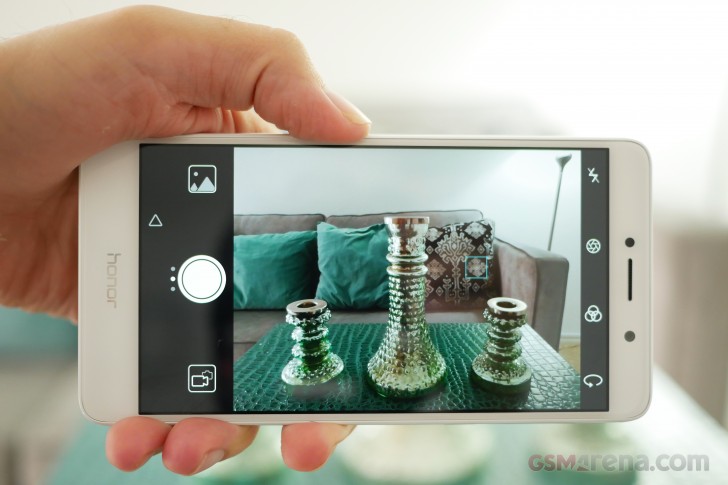 Last year, the Huawei-owned company debuted its first device in the US at CES called the Honor 5X. It offered features that were unheard of for $199. Honor upped itself with the Honor 6X, though it also bumped the price up by $50. Honor is going with a Chinese retail practice with the Honor 6X in the States: The company will be hosting four flash sales with limited quantities at $50-off the MSRP.

The Honor 6X’s design is refined over the 5X. Honor went with a HiSilicon Kirin 655 CPU instead of relying on Qualcomm’s mid-range Snapdragons. Also new to this price range is a dual-camera setup, this camera setup pairs a 12MP camera with a 2MP depth sensor. The dual-camera setup lets you take up to an f/0.95 simulated aperture for portrait-style shots with lots of bokeh (the camera’s blur effect). 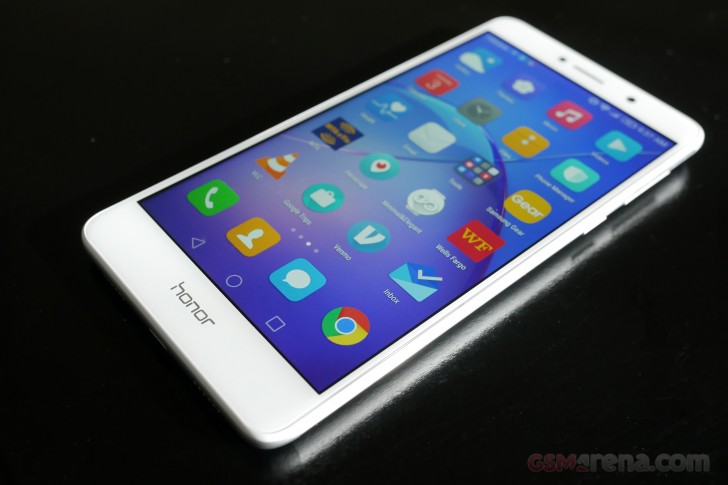 While the phone and its specs look great, for the price, a couple of drawbacks are the lack of a USB-C port in 2017, as well as skipping out on Android Nougat. Thankfully, Honor said it will upgrade the Honor 6X to Android Nougat sometime in Q2 of this year.

Honor is no longer unopposed in the hyper-value smartphone space. The ZTE Blade V8 Pro was also announced at CES, which puts the Honor 6X right in its crosshairs.

ZTE set out to one-up the Honor 6X. With the success of the ZTE Blade lineup in Asian markets, the Chinese phone maker was ready to leverage the CES stage for what it’s worth. Honor’s 6X finally has a match with dual-13MP cameras and comparable specs, including a fingerprint scanner and a plentiful but efficient octa-core Qualcomm CPU. 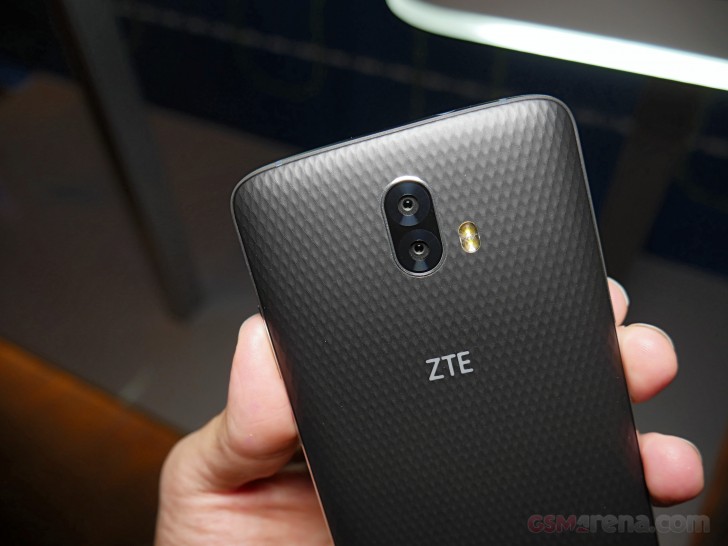 The ZTE Blade V8 Pro has launched as a result of growing consumer demands in other markets (hands-on here). A 5.5 inch screen, Snapdragon 625, USB-C port with Quick Charge 2.0, and a fingerprint scanner, all make their way into the sub-$300 price range. With a price of $230 for an unlocked unit in the US, Honor may be breaking a sweat, because both of these devices will be sold on the online retail market (i.e. sold as GSM-unlocked devices through e-retailers like Amazon, Newegg, etc. 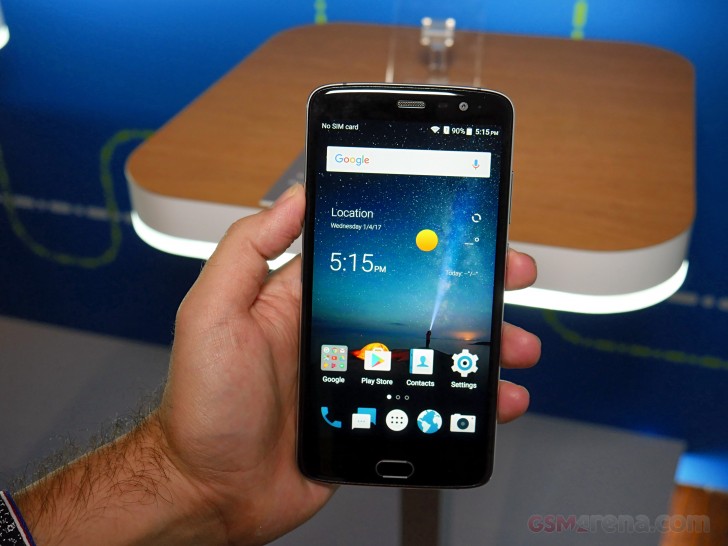 Another significant announcement is ZTE’s official unveiling of its first, crowd-sourced product. ZTE called this Project CSX: ZTE community members could submit ideas for a smartphone or smartphone accessory that would be financially realistic and that would be affordable for the masses.

The result of Project CSX is the ZTE Hawkeye, a self-adhering smartphone that can stick to many surfaces, and can be controlled with natural gestures of the eyes. Scrolling and navigating around the Hawkeye is as simple as looking toward whichever task you are trying to achieve. 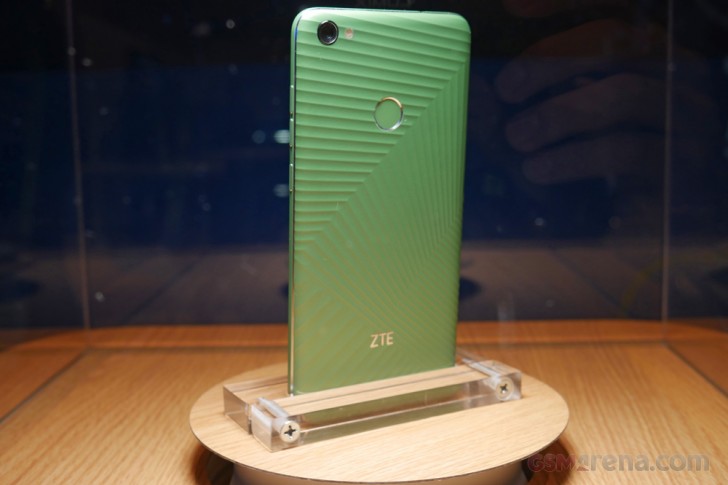 The Hawkeye is now available for pre-order through KickStarter for $199, although its KickStarter goal is a bit ambitious: to raise $500,000 by February 18. Unfortunately, if there is not enough interest among the public light, the Hawkeye may only live on as a prototype.

Asus announced a couple of new devices at its own Zennovation event in Vegas. First off, are the company’s combined efforts with Google in creating a new Tango-capable smartphone, the Asus Zenfone AR. 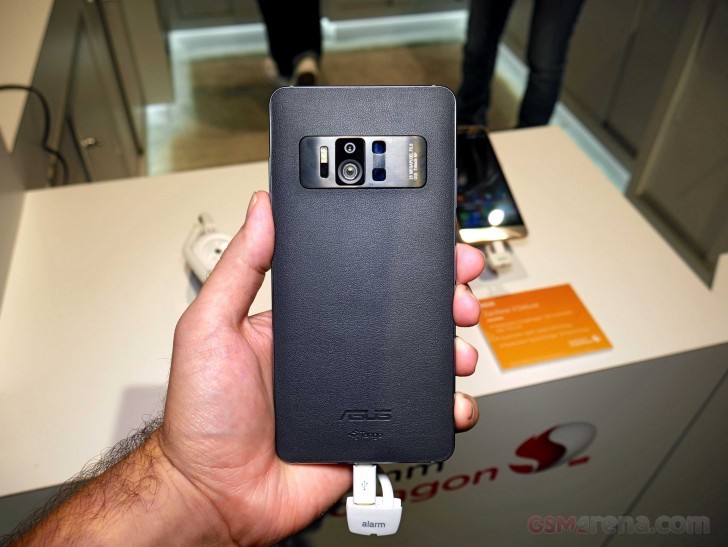 It’s the second phone to ever come with Google’s Tango platform with a more refined and smaller tri-camera, which makes it easier to build the camera setup the platform requires without taking up a lot of space like the giant Lenovo Phab2 Pro did. Check out the hands-on post here.

With a 5.7-inch screen and a Qualcomm Snapdragon 821 CPU, the Asus Zenfone AR is a much more manageable size and offers better all-around performance with a Tango device. The Zenfone AR will also be compatible with Daydream out of the box, so that makes two of Google’s platforms compatible with the Asus handset. 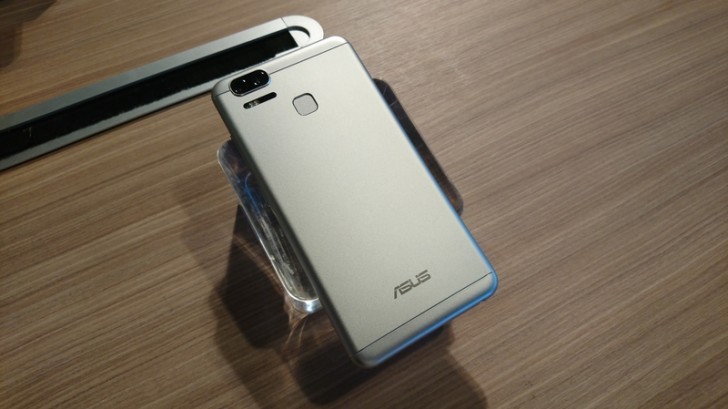 Another device that makes a debut with dual cameras is the Asus Zenfone 3 Zoom. Dual cameras are officially on the rise, even in the midrange segment. So Asus announced the Zenfone 3 Zoom, which shows a lot of promise with its 2.3 optical zoom, 12X digital zoom, 1.4 micron pixel size, f1.7 aperture, and combination of OIS and EIS, which should make for some really great-looking photos.

More recently, the Asus Zenfone 3 Zoom’s price was outed in China, which translated to about 530 USD. Either way, Asus was slim with the specific details like CPU, RAM, or pricing. The phone is set to be released sometime next month.

Huawei was at CES this year, but unlike last year, it didn’t announce any new products at CES. Instead, Huawei’s huge announcement was its official entry into the US market starting with the Huawei Mate 9. The Mate 9 is now available in the US through e-retailers like Amazon, Newegg, B&H, as well as brick-and-mortar stores like Best Buy. 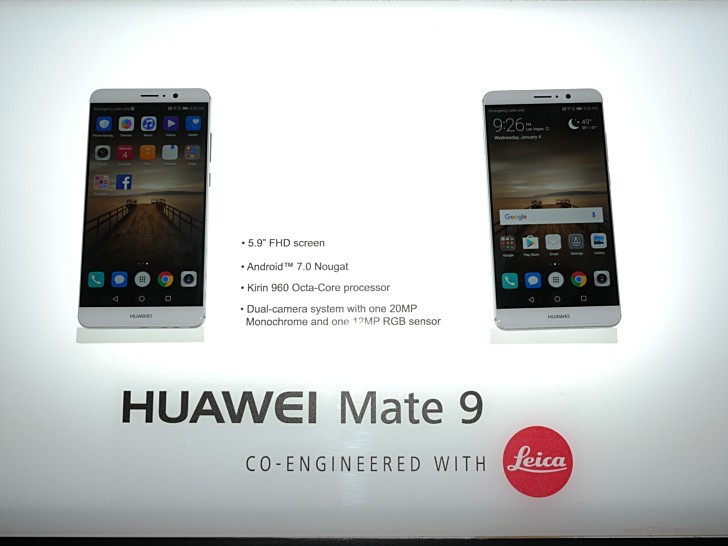 The Mate 9 is (arguably) competitively priced at $599, especially among Apple and Google phones which start at $650, or Samsung phones which might start even higher depending on the carrier you choose. Currently, the Mate 9 would only be unlocked for use on GSM networks, but with a successful first year into the States, we’d love to see Huawei make their way into the mobile carrier space, perhaps with a Mate 10?

A couple of other significant announcements include the integration of Amazon Alexa into the Huawei Mate 9. The first integration of its kind. Once the OTA update comes around for the Mate 9, you’ll be able to use the wakeup word “Alexa” to control lights, set timers, ask about the weather, or even call an Uber. In addition, Huawei has announced that the Mate 9 will become Google Daydream compatible.

Also, Huawei has announced that it has teamed up with Google to introduce Tango-enabled hardware for Huawei’s portfolio, only the partnership was announced, so there was no announcement of any Tango hardware at this time.

Although LG’s press event didn’t reveal any new smartphones, the company had already announced its new line of mid-range devices late last month. The LG Stylus 3 (or Stylo 3, depending on the market, hands-on here) leads the pack with a 5.7-inch screen and a stylus that stows away inside the handset. There’s also a fingerprint scanner on the back which also introduces the new button layout that moves the volume keys back to the body and keeps the power button on the back. 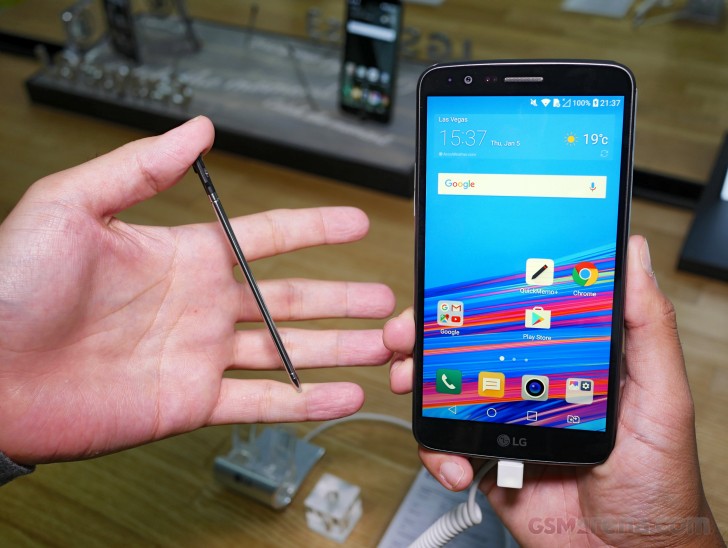 The new K Series smartphones cater to the “mass market”, so while the K3 and K4 models pack a Snapdragon 210 while the K8 is powered by a Snapdragon 425. And finally, the Stylus 3 and the K10 packs a Mediatek MT6750. The K3, K4, K8, and K10 will all be market dependent, and with the K10 leading the pack, it’s the only one that has a fingerprint scanner aside from the Stylus 3. 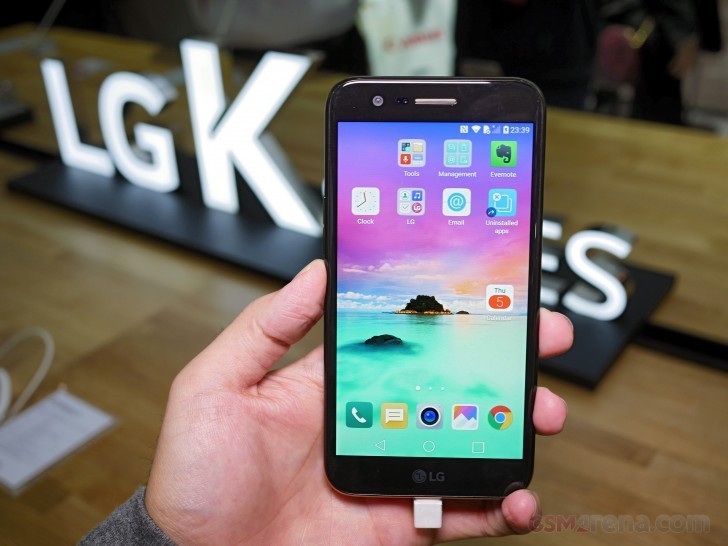 Samsung didn’t announce any smartphones or smartphone accessories at CES, but the company did announce a new line of Chromebooks set out to compete directly with the iPad Pro.

The Chromebook Pro is the first Chromebook that Samsung released after Google announced the operating system’s ability to run full Android apps. This addition will surely let Chrome OS appeal to an even larger user base than ever before.

There’s also a Chromebook Plus, which is identical to the Pro, minus the Intel processor. The Chromebook Plus uses an ARM-based CPU versus the Chromebook Pro’s 2GHz Intel M3 processor. Another device we had the chance to check out is Samsung’s new Odyssey 17 gaming laptop. There are two models, one with a 17.3” screen and another with a 15.6” screen. Seeing that the Odyssey is first gen hardware, it might take one or two more versions before it catches on. Check out the hands-on here.

One of the most talked about smartphones to come from CES 2017 was actually not even an official announcement. TCL invited several journalists the chance to get a first look at the next BlackBerry. In fact, it’ll be the first BlackBerry that TCL (parent company of Alcatel) will design and build after it has acquired the licensing rights to BlackBerry hardware. 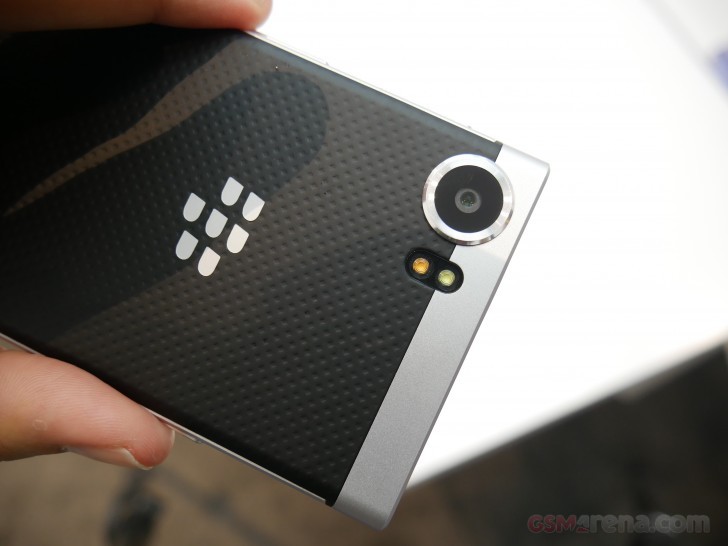 Seeing as CES isn’t exactly where the year’s biggest phones are announced, the BlackBerry Mercury (as it’s been referred to frequently) is officially out of the dark, but not officially here yet. TCL wouldn’t tell us anything about the specs of the phone, but the hardware looks quite promising. Battery life was brought up a couple of times during the briefing so we hope there’s a large battery packed inside. More concrete information will be announced at MWC toward the end of February.

There’s something about the satisfyingly click-happy keys on the physical keyboard that will strike a nostalgic chord with early-smartphone users before touchscreens dominated the market and the iPhone’s virtual keyboard was met with much skepticism by BlackBerry addicts. And backed with the vast capabilities of Android, BlackBerry has all the tools needed to break its way back into the mainstream.

If TCL plays its cards right, both it and BlackBerry can really put the Mercury (name is not yet finalized) on the map, worthy of rubbing shoulders with the likes of (a new entry into the US) Huawei, Samsung, and perhaps even Apple.

Yep I agree. Shame HTC did not keep up with the slide tilt. stopped even considering them after the TP2. annoying to loose so much screen for a keyboard and onscreen buttons. open the keyboard and the hole screen readjusts. HTC had a perfect ni...

Hardware keyboards FTW. Too bad it has become such a niche.

portrait qwerty keyboard works alright if the keys are raised like the old nokia e65. That thing was amazing to type on, didn't even have to look at what i was typing and woulnd't get errors