Microsoft's next Surface event is on October 2

The fall events from the big tech companies are lining up. Apple will hold its grand unveiling of new iPhones, smartwatches, and maybe even iPads next week, on September 12. Google is announcing new Pixels on October 9.

And Microsoft has just scheduled its own hardware event for October 2, at 4 PM local time in New York City. As you can see, the invite itself doesn't give anything away, but expect to see at least some updates to its current roster of Surface devices, if not also new ones being introduced. 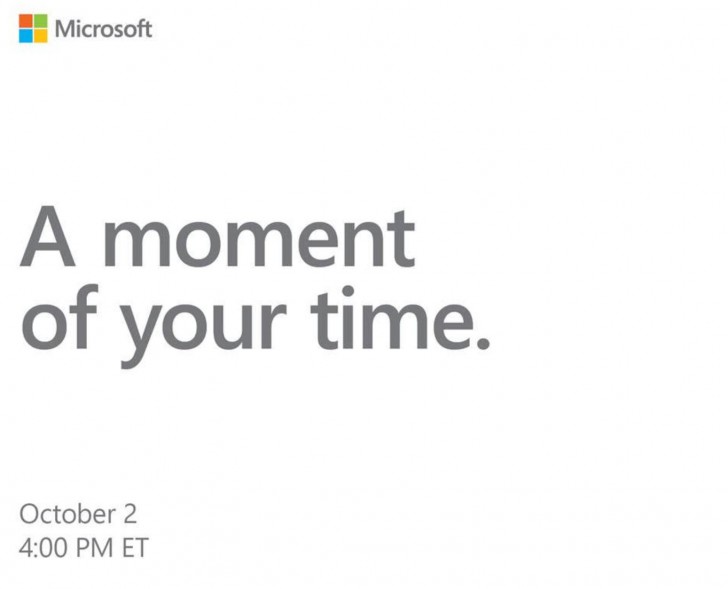 Key possibilities include Surface Laptop and Surface Studio refreshes, and maybe a spec bump for the Surface Pro and Surface Book 2. Who knows, a Surface Hub 2 may show up too. We'll have to wait and see, as leaks regarding devices that aren't phones are generally few and far between.

Microsoft is working on a new smart speaker

I love Windowa 10, but I've never been confident enough with CShell and the Metro apps. They never sold me on them and I rather have something like Win64 or some stuff, but Metro apps are a long way from perfect. Specailly in stability.

Windows 10 is, shall we say, is just on the border between meh and okay for me. The Surface products however, particularly their Surface Pro and Laptops, are steaming piles of $hit with terrible, or rather in the case of the Surface laptop, zero...