Realme is working on a bunch of new devices at the moment, but perhaps none is more interesting than the X3 SuperZoom. This phone has already received a few certifications here and there, and thanks to a benchmark run it's been revealed to sport last year's Snapdragon 855+ chipset along with 12GB of RAM.

Today a new rumor shines some light over the choice of name. A leakster on Twitter claims the SuperZoom will go up to 60x, which is clearly digital only, but here's the thing - that means that this phone will have a periscope zoom camera. These have up until recently been confined to premium flagships, but are now starting to trickle down to the mid-range - just look at the Xiaomi Mi 10 Youth 5G.

Here's some exclusive leak for you guys:

realme X3 SuperZoom will support upto 60x Zoom & it will come with a "Starry Mode" feature that will help you to capture Milky Way shots (Yes, you've read it right, Milky Way!)

I'm already excited about this device. What about you?

Realme has always been about affordability, so don't expect the X3 SuperZoom to break the bank. It could, however, put periscope zooming capabilities into the hands of more people. Oh, and on that note, apparently the handset will have Starry Mode, a feature that should help you capture shots of the Milky Way. Let's wait and see how well that is going to work.

The Realme X3 SuperZoom has also been rumored to have a 4,200 mAh battery with support for 30W fast charging. In case you were wondering, a vanilla X3 as well as an X3 Pro should be launching alongside the SuperZoom.

Quote, "If we could see Andromeda, we would see that..." I tell you, Andromeda is so significant. It's impact on us Earthlings shall be mightily galactic when Andromeda is witnessed first-hand for the very first time. Andromeda is set to alter o...

Quote, "Oh, and on that note, apparently the handset will have Starry Mode, a feature that should help you capture shots of the Milky Way." Oh whoopee, I'm like big deal. I can already take photos of celestial bodies, not limited to, Mars, Galax... 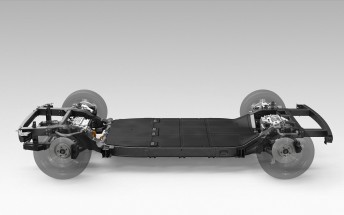