iOS 9 was introduced during Apple's Worldwide Developers Conference on June 8, 2015 and was released to the public on September 16, 2015.

The iPad multitasking experience improved by introducing Slide Over, Split View and Picture in picture. 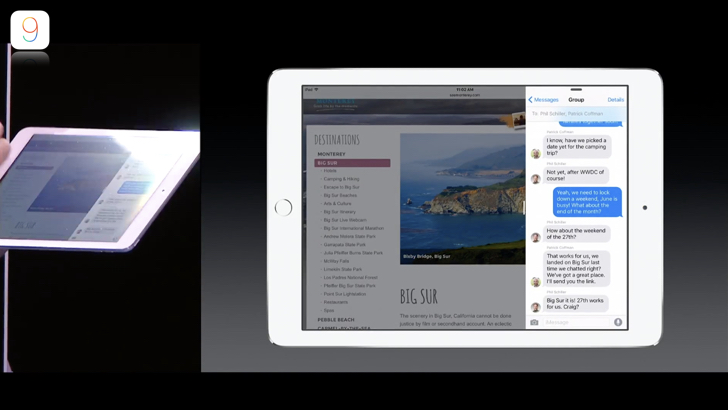