OnePlus 7 event is coming: what to expect

OnePlus will switch to a two-tier strategy tomorrow – its new phone will also have a Pro version. With more advanced features, it will be better-equipped to fight competing flagships, while the vanilla OnePlus 7 will be available for those who seek a similar experience on a tighter budget. The top-specced model will be a 5G-connected version of the Pro.

Here’s what to expect from the event tomorrow.

The co-founders have essentially confirmed that the OnePlus 7 Pro will feature an HDR10+ screen with 90Hz refresh rate. DisplayMate already tested it and gave it a glowing review – an A+ rating. The screen will be notch-less, thanks to a pop-up selfie camera, and (according to rumors) it will be larger than the vanilla model (6.64”) and it will be OnePlus’ 1440p display. 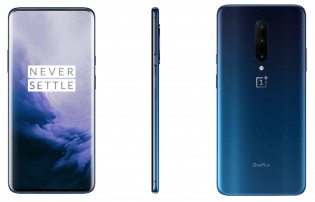 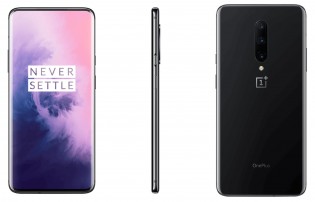 The phone will also be the company’s to feature a triple camera. Teaser camera samples show ultra-wide, regular and tele cameras. The tele camera will offer 3x optical zoom.

Like HMD, OnePlus has enlisted the help of photographers to help promote its new camera. This includes a partnership with National Geographic and Three UK. 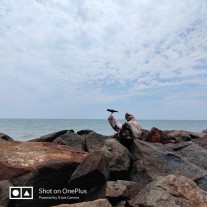 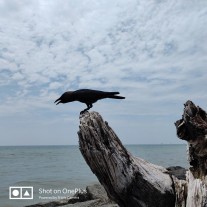 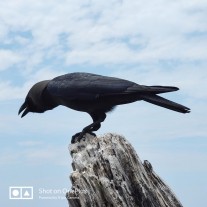 Officially, the Pro will feature a stronger vibration motor. There will be no IP rating and no wireless charging. Unofficially, it is expected to have stereo speakers, but that hasn't been backed by solid evidence yet.

The first OnePlus 7 Pro units will be available to T-Mobile US subscribers, starting on May 17.

A spec comparison leaked earlier this month, here it is in table form:

The OnePlus 7 will closely resemble the 6T. We’ve seen renders that show a waterdrop notch on the smaller (6.2”) screen. It’s expected to remain at 1080p 60Hz, though it might get the stereo speakers of the Pro. 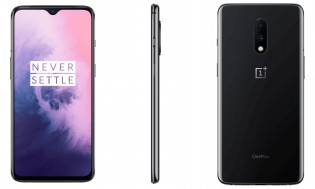 The vanilla model will have only two cameras on the back, the second is expected to be a telephoto module (zoom unknown). Naturally, both phones will be powered by the Snapdragon 855 chipset, but there will probably be differences in the RAM/storage options.

The 5G model will be based on the OnePlus 7 Pro and it will use the Snapdragon X50 modem. It the UK, it will be exclusive to EE. It’s not clear if it will be available in the US.

OnePlus is expected to unveil the new Bullets Wireless 2 headphones as well as a Warp Charger for the car (plus new Warp-compatible cables). There will be new cases too, including the fan-favorites Sandstone, Silicone Red and Karbon.

They started out as a affordable flagship so like everything greed takes over and there same price as Samsung LG and Huawei flagship devices. I.M.O it was only a matter of time.

zero innovation in this phone, why buy it? no killer camera, expensive as hell.. no sdcard slot, no ip rating, no wireless charging or even 3,5mm port.. whats the point anymore oneplus ???